The two-day 2012 enthusiast’s tram event at Crich Tramway Village kicked off on Saturday 15th September with glorious sunny weather, a fantastic selection of trams in service and plenty of surprises. Of course, as has been extensively reported on this website, the main focus of this year’s event was a commemoration of fifty years since the closure of the Glasgow tram system, with four trams from the Scottish city in service and an extremely rare daylight appearance from Glasgow 1115 amongst the day’s many highlights.

The morning saw the former Paisley 68, now reborn as Glasgow 1068 emerge from the workshop – with bagpipe accompaniment! – fresh from its repaint. After speeches by representatives of the Tramway Museum Society and the Scottish Tramway & Transport Society (who have funded its repaint as 1068), the tram left the depot yard, heading a procession of Glasgow cars 22, 812 and 1282. After completing a full round trip, the trams were then posed in the depot yard along with Glasgow 1115 for a superb photo opportunity, illustrating the evolution of Glasgow trams as well as a wide range of the system’s famous route colours. Afterwards, the four operational cars entered service for much of the afternoon, with the use of Glasgow ‘Coronation’ 1282 being a particular highlight. This particular car had not carried passengers for almost nine years, and despite suggestions that both this and 1068 may have to run empty, both trams were well used in service and performed impeccably.

Other attractions during this day included an outing by Sheffield works car 330 which unusually carried passengers, and Brussels snow broom 96 was displayed on the traverser which was a very welcome surprise for all present. Edinburgh 35 and Oporto 273 also made brief appearances on the depot fan, whilst Leeds 345 joined the service trams on the main line for a series of test runs.

In all, this was an extremely enjoyable day at Crich with lots of action, both on the main line and in the depot yard, with something to keep all visitors entertained throughout the day. As if that wasn’t enough, the event continues tomorrow – Sunday 16th September – with a repeat of the Glasgow line-up, plus a different selection of trams in service and another surprise photo opportunity. If day two is half as good as day one then this will be a very special occasion indeed! ‘Live’ coverage will hopefully be provided on the British Trams Online Facebook page, and a full review with photo gallery will follow on the main website in due course. 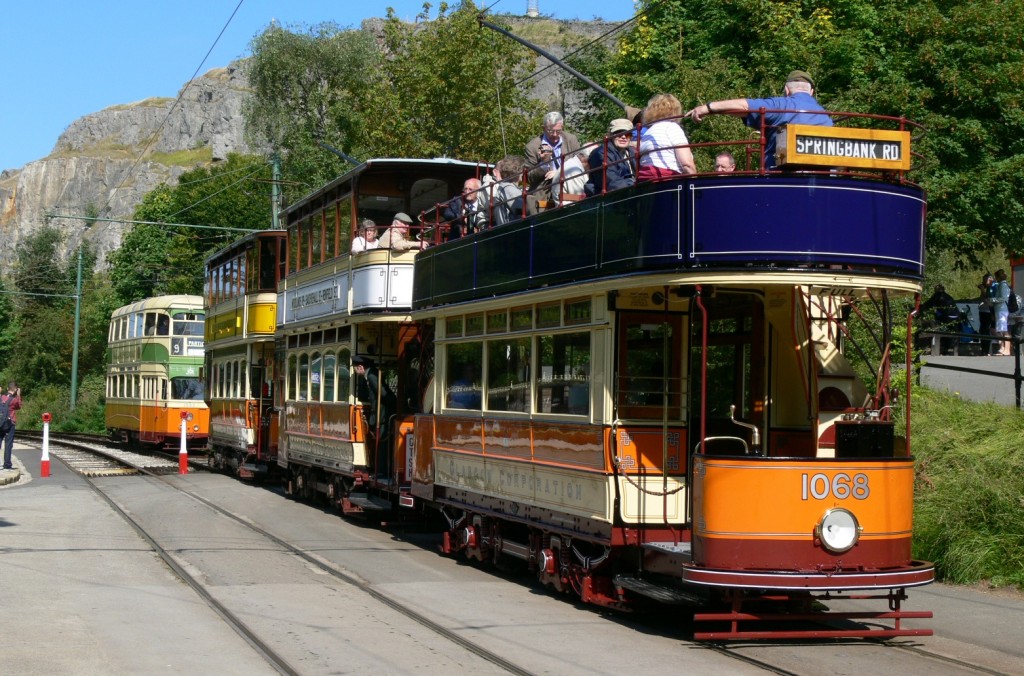 An excellent line-up of Glasgow trams, led by the immaculate 1068, seen at the car park stop on their way back from Glory Mine. (Photo by Tony Waddington) 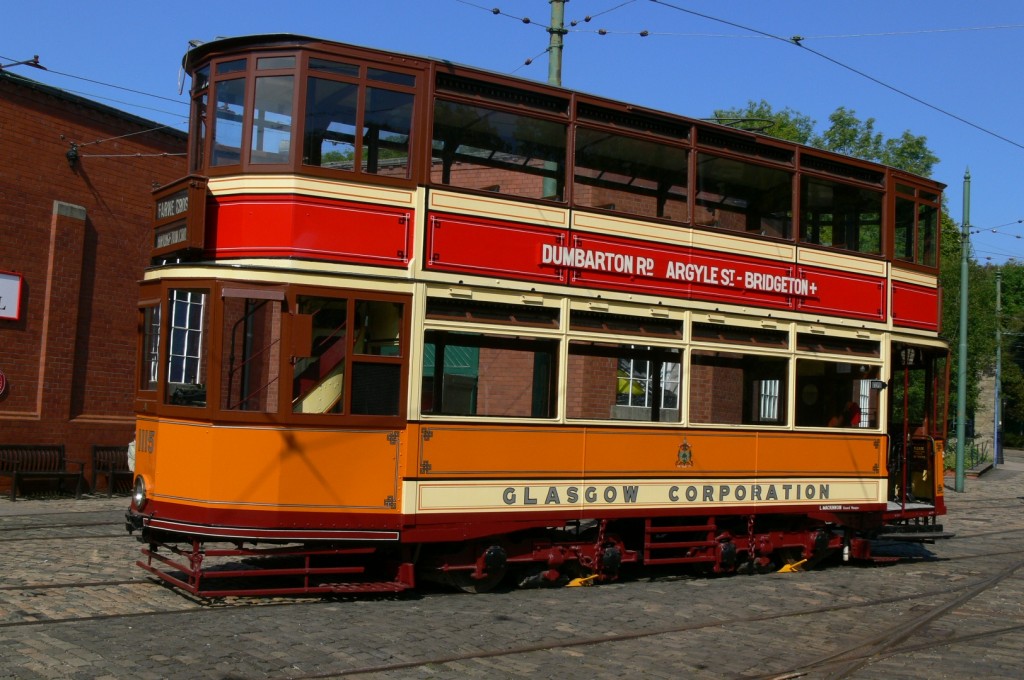 After many years being entombed within the 'Tram at Night' display, Glasgow 1115 basks in the sunshine on the afternoon of September 15th. (Photo by Tony Waddington) 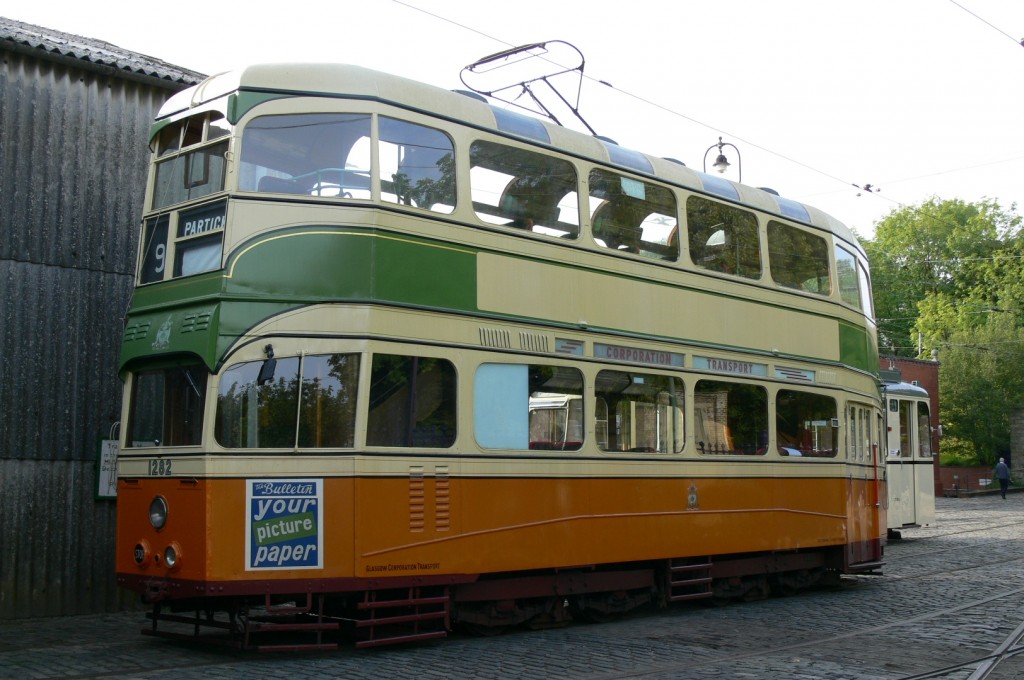 Having succesfully completed its first day in public service since 2003, Glasgow 1282 is seen returning to the depot. (Photo by Andrew Waddington)