The Lancastrian Transport Trust’s superbly restored Blackpool VAMBAC Coronation car 304 is set to make a surprise visit to Beamish, the Living Museum of the North East, for a short operating loan period. The tram will see a major upturn in its fortunes, having recently left Rigby Road for outdoor storage, but the strong working relationship that exists between the LTT and Beamish will hopefully allow this iconic tram to make a very welcome return to use very soon indeed!

Rather than wait for one of next year’s big transport events at Beamish, 304 is due to make a short visit to the North East this autumn. It is planned to commission the car for operation in time for the weekend of 6th & 7th October, when an extra transport event is planned. Although not on the ambitious scale as the ‘Power from the Past’ or ‘Great North Steam Fair’ events, this will hopefully feature the launch of newly restored steam locomotive ‘Lewin’ No. 18 on the colliery railway, as well as the appearance of the visiting tram and other transport attractions. This should ensure that railway and tramway enthusiasts will be well catered for. If all goes according to plan, 304 will then operate at Beamish every weekend for a period of five weeks, concluding with another weekend of enhanced transport activity on November 3rd & 4th.

It should be emphasised that a few details are still being finalised and of course, 304‘s operation will be subject to availability. Some gauging tests will be required due to the large size of this tram, but clearly confidence in its ability to run on the museum’s tramway circuit is sufficient to allow the loan to go ahead. Tram crews will also need to be familarised with the complex equipment of the car, although as fellow VAMBAC car Blackpool 11 visited Beamish last year this shouldn’t be too much of a problem.

Once again, we cannot praise Beamish Museum enough for arranging for such an exciting tram loan to take place, and of course the Lancastrian Transport Trust also deserve credit for making this possible. If 304 does run at Beamish, as is expected, this will be our only chance to ride on a Blackpool Coronation car this year, and it will also be the first time that a member of this class has ever run with passengers away from Blackpool. There will also be the opportunity to reunite 304 with fellow LTT-owned trams Blackpool 233 and Sunderland 101, which could create some fantastic photo opportunities. Hopefully all will go well and Beamish will be able to stage yet another event to add to their growing list of triumphs from recent years. 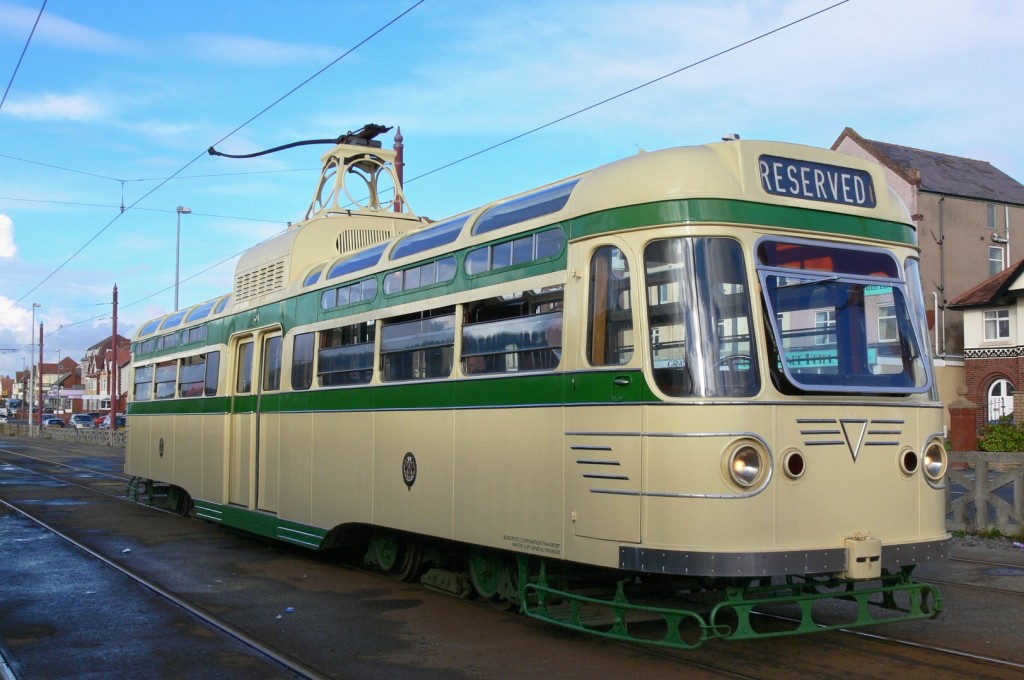 The magnificent Blackpool Coronation no. 304 seen in its all glory at Bispham during 2010 - its final year of operation on the Blackpool tramway. (Photo by Andrew Waddington)