In Pictures: Blackpool 718 relaunched with a shiny new coat!

Posted on Monday 29 May 2017 by Andrew Waddington

The star attraction on the Blackpool tramway for the latest heritage gold operating weekend has been Rebuilt Balloon 718 which has just been released from the Paint Shop in a sparkling coat of green and cream paint. Following a period of use in plain white, the tram was relaunched with a special outing on the afternoon and evening of Friday 26th May, as a warm-up to the events of the Bank Holiday weekend.

718 has been painted to a very high standard in the ‘Millennium’ green and cream livery as worn by similar flat-fronted cars 707 and 709 immediately following their respective rebuilds with the revised end shape. The predominantly cream livery features a green roof and a thick green stripe below the lower deck windows, as well as a cream band above the top deck saloon glazing. The modern flush-mounted windows are surrounded by black paint, and a grey skirt completes the stylish yet modern look. This is the first time that 718 has been seen in any form of green and cream since its rebuild as a flat-ended ‘Millennium’ car, and the first time that any of the ‘B Fleet’ Balloons with widened centre entrances and driver-operated plug doors have carried green and cream colours. Although the widened porches do look a little odd on a traditional liveried tram, overall the appearance of the car is very pleasing and the initial response to it has been extremely positive.

718‘s Friday evening launch tour took the tram to Fleetwood twice, as well as Starr Gate and also included a shorter working to Thornton Gate. The car was then used on all three days of the Spring Bank Holiday weekend on the heritage service, and is expected to see regular use in this role. Last year the car saw most use during the illuminations and with a vastly improved external image, 718 looks likely to be kept very busy during the autumn in particular. 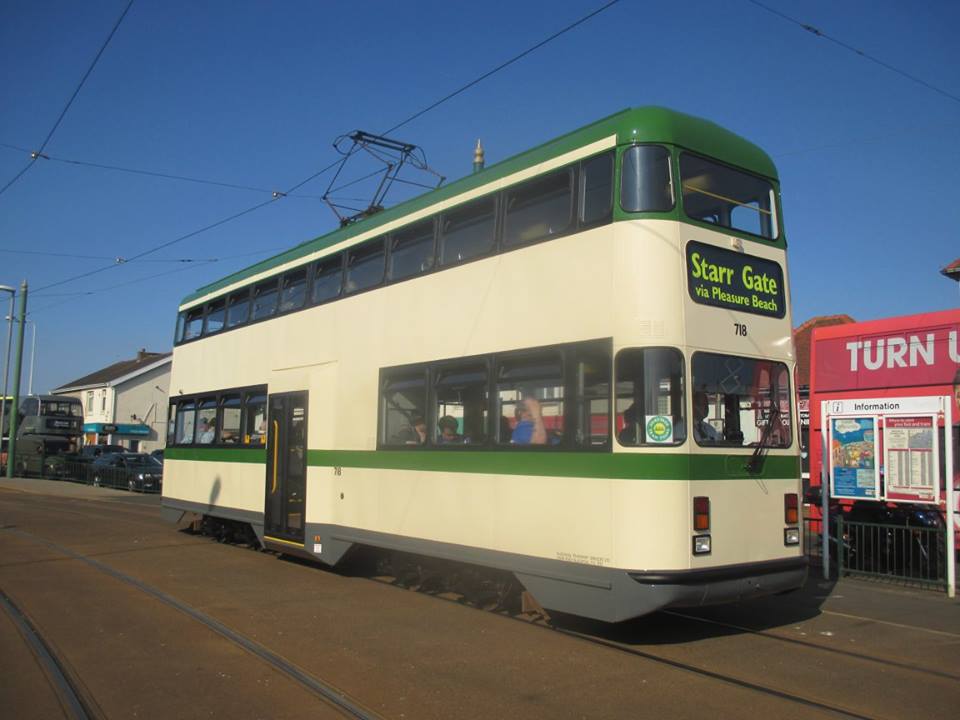 On Friday 26th May, 718 is seen at Cleveleys heading south during its maiden voyage following a superb repaint in green and cream. 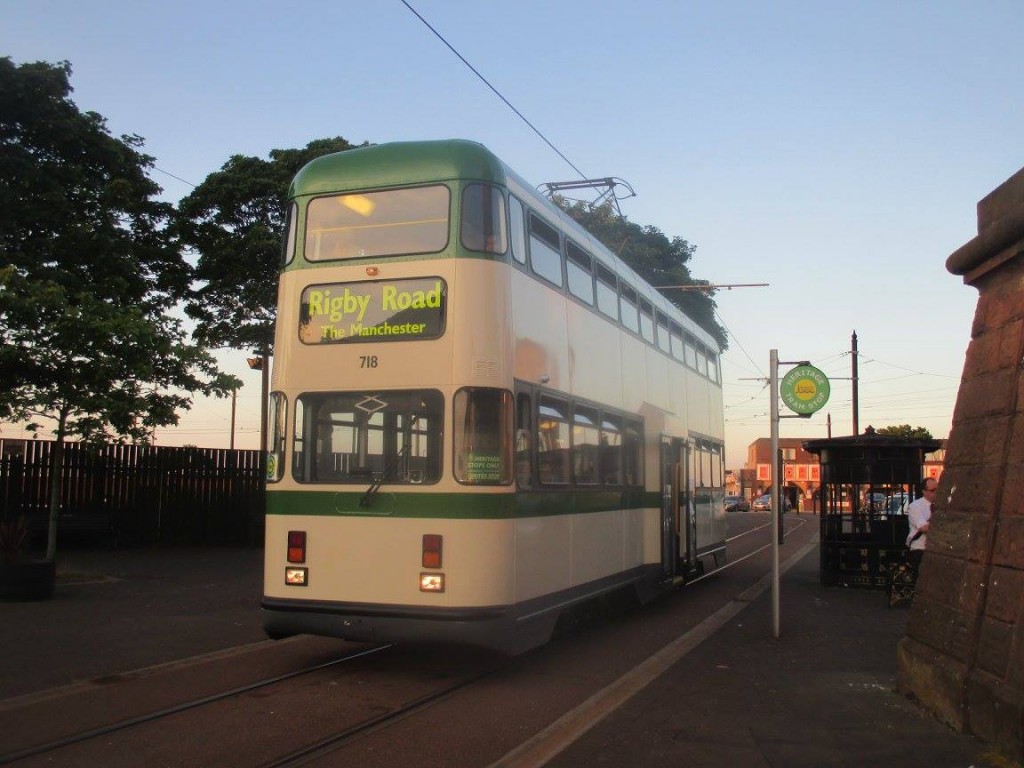 The early evening sunlight shines off the fresh paint on car 718 on its second appearance in Fleetwood of the evening, before the car headed back to depot at the end of its relaunch tour. (Photos by Rob Bray)

3 Responses to In Pictures: Blackpool 718 relaunched with a shiny new coat!