Today Picture in Time takes us to the West Midlands for another look at one of the original T69 trams used on the Midland Metro network – this time around it is no. 02.

As the number suggests 02 was the second of the T69s to arrive at Wednesbury Depot with the tram being delivered on 12th May 1998 from Caserta where they had been constructed by Ansaldo. 02 entered service soon after the line opened to the public in May 1999 and it continued to operate in the standard fleet livery until it was the second of the class to be withdrawn from service in December 2009. Upon its withdrawal it had never carried a name – one of only two trams not to have carried an official name during its operating career. Languishing around the depot for over five years the tram was finally moved to Long Marston for further storage on 7th October 2014. It remains at Long Marston today. 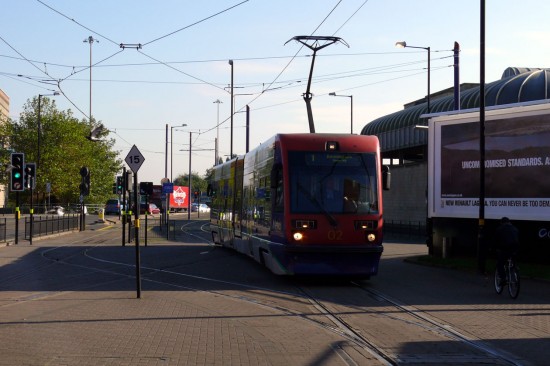