Last week we reported on how Blackpool Boat 236 had re-entered service at Crich following workshop attention over the winter and now the work has been recognised with an official relaunch of the tram on Tuesday 25th April when it was one of four trams to carry passengers at the Museum.

As we have previously reported the most noticeable aspect of the work has involved the seats which have returned to a varnished bare wood condition to more match its 1950s appearance instead of the more familiar painted seats. Having also undergone some mechanical attention over the winter 236 is now fit and raring to go for many more years in service at the home of the National Tramway Museum. Alongside prototype Boat 600, 236 is one of only two of the popular Boat Cars to be currently available for service in the UK (the other two members of the fleet in Blackpool are currently out of action although 227 has been in the workshops under attention and it is hoped it will return to use during 2017).

The official relaunch took place at 1100 with Tramway Museum Society President, Alan Barber, cutting the ribbon (and cake – its not a tram launch nowadays without cake!) before 236 entered service for the remainder of the day. Despite the cold front currently across the UK this day also saw London County Council 106 in service alongside Blackpool 167 and Leeds 345. 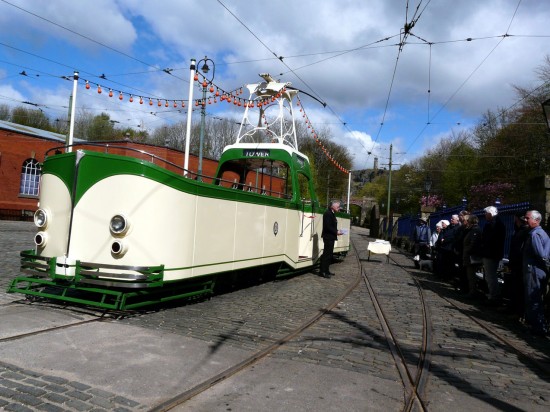 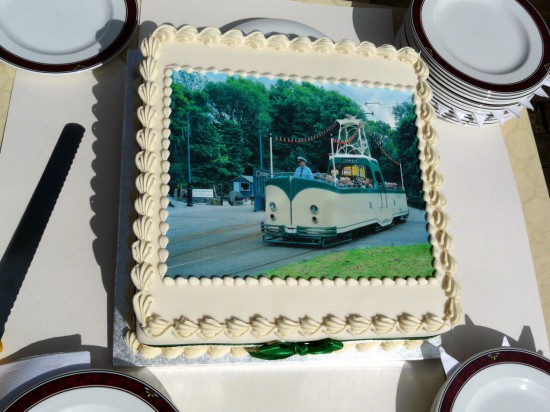 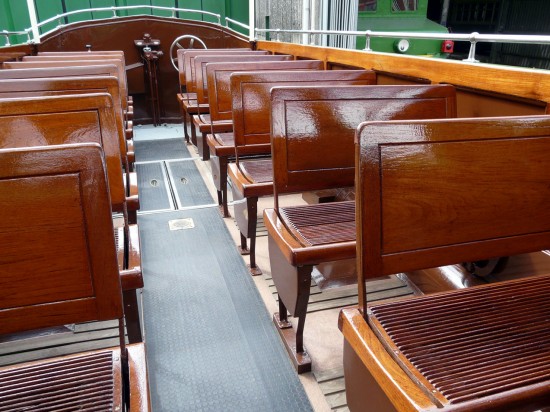 A close-up of the stunning interior of the tram with its newly varnished seats. 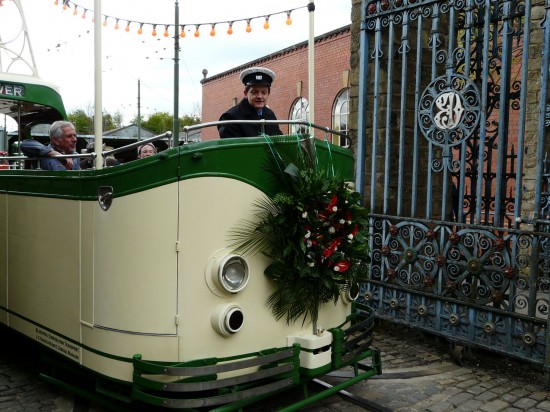 236 heads off out of the depot yard for its first trip after the launch. 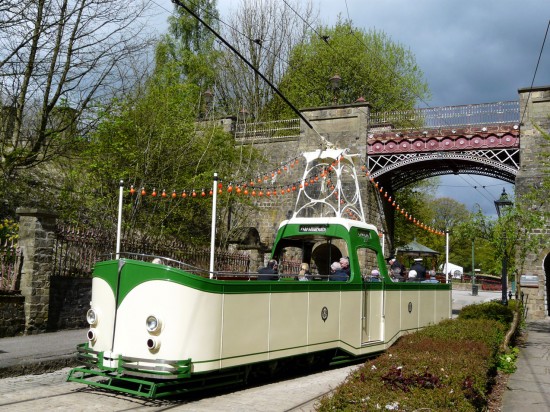 236 about to head under Bowes Lyon Bridge. (All Photographs courtesy of Crich Tramway Village)