Posted on Tuesday 18 April 2017 by Gareth Prior

The Easter weekend saw major work take place as preparations for the start of the Tram-Train pilot – likely to be 2018 – continue. Whereas a lot of the work which had taken place previously were on Network Rail metals and not as visible to regular tram travels this work saw the Supertram network joined with the Network Rail line at Tinsley Junction.

Whilst the work was undertaken Supertram services from the city centre were terminated at Meadowhall South/Tinsley with buses completing the journey into Meadowhall Interchange. There is no doubt that the pilot has been beset with problems and delays but with this work taking place – and other progress made on the line to Rotherham including the erection of overhead masts, the start of stop platforms being constructed and a bridge due to be removed and made higher to allow for electrification – it does finally look as if it won’t be too long before services can commence. Network Rail have been reluctant to give a revised date but it is widely expected that it will be at some point in 2018. When services begin there will be three an hour running to Rotherham Parkgate from Sheffield City Centre. 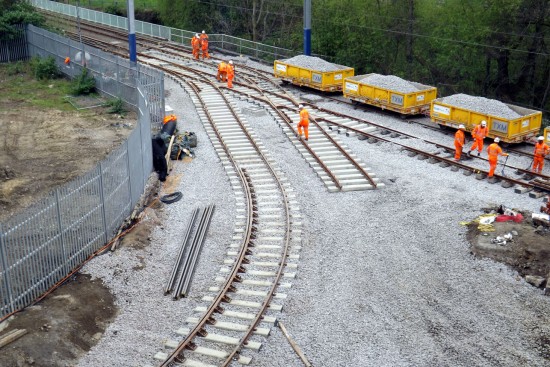 The junction is installed at Tinsley. The ballast train is on the Supertram line with the inbound line already joined up with the start of the outbound line also in place. (Photograph by Martin Hague) 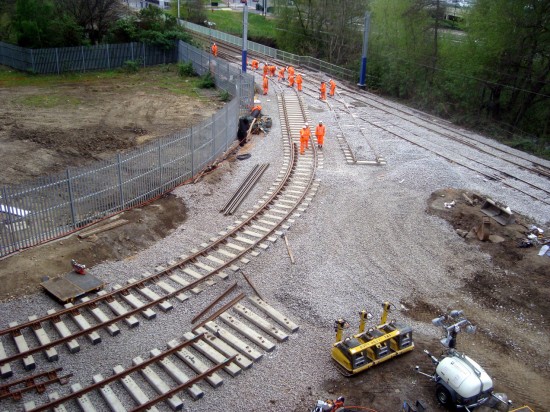 Another aerial view of the junction. This image shows the track coming off the Network Rail line and the gap between the two lines. 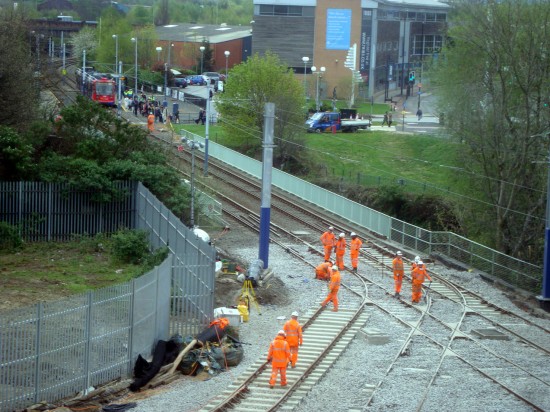 Looking back towards Meadowhall South showing the proximity of the stop to the junction. (Photographs x2 by Stuart Cooke) 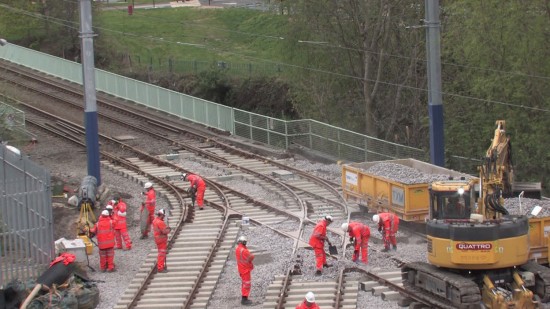 A close-up view of the work to join the lines. 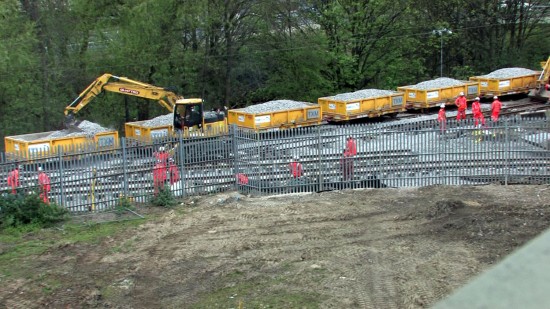 Work on the junction continues in this view from a different angle with the ballast train on the Supertram line. (Photographs x2 by Glyn Hill) 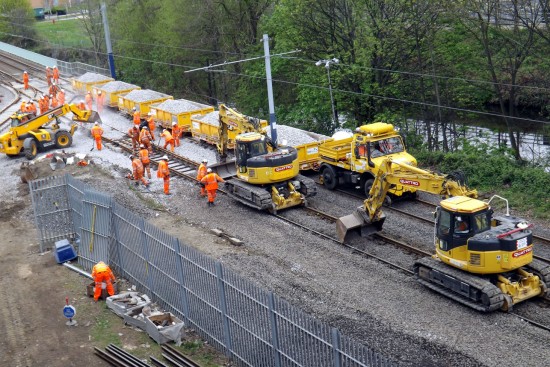 Another look at the work with the various different vehicles and pieces of equipment used to install the junction. (Photograph by Martin Hague) 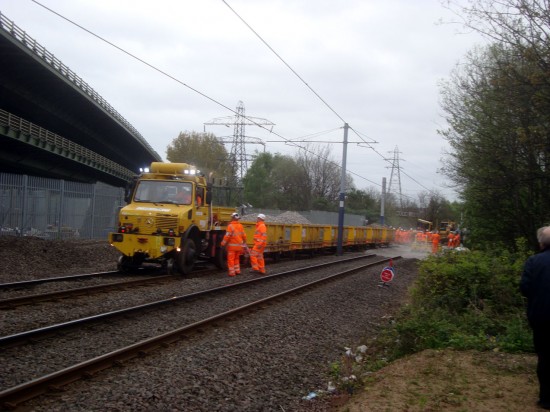 The full ballast train seen to good effect. A Road-Rail vehicle was used to move the wagons – all of which were delivered by road. 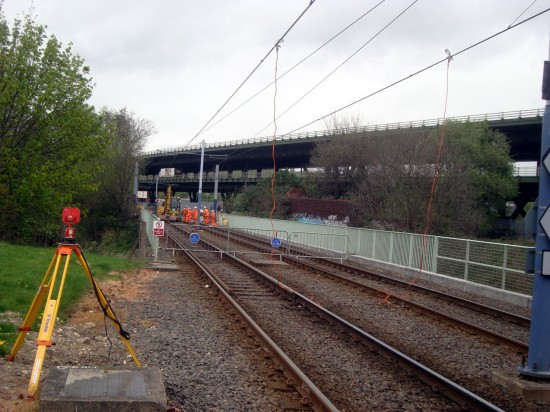 Looking from Meadowhall South at ground level towards the work site. (Photographs x2 by Stuart Cooke) 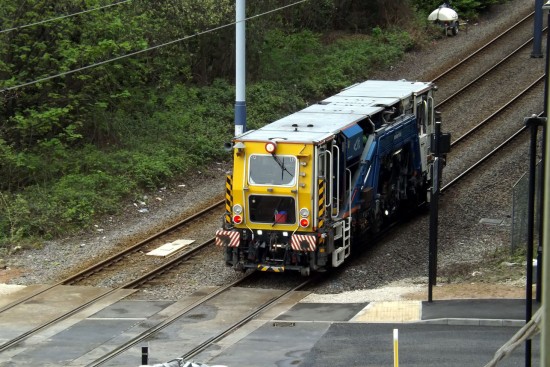 A tamper was also on site. (Photograph by Martin Hague)