In Pictures: Box 40 on tour

On Sunday 9th April, Blackpool & Fleetwood Box car 40 operated a full system tour of the Blackpool tramway for its support group, ‘Friends of 40’. Primarily aimed as a social event and tram ride for many of the people who have financially supported 40‘s continued presence in Blackpool over the years, this trip was also opened up to other interested parties and thanks to Bryan Grint, who was one of the passengers, we have a small selection of images from the day.

It may only be April but Box 40 has already been kept fairly busy so far in 2017, with regular appearances on the heritage tram service and this is expected to continue throughout the season ahead. As one of just two passenger cars to survive from the fleet of the Blackpool & Fleetwood Tramroad Company, and the oldest native car to be found in Blackpool’s operational heritage fleet, a ride on 40 is always a special experience and it is certainly one of the most distinctive trams in the fleet. 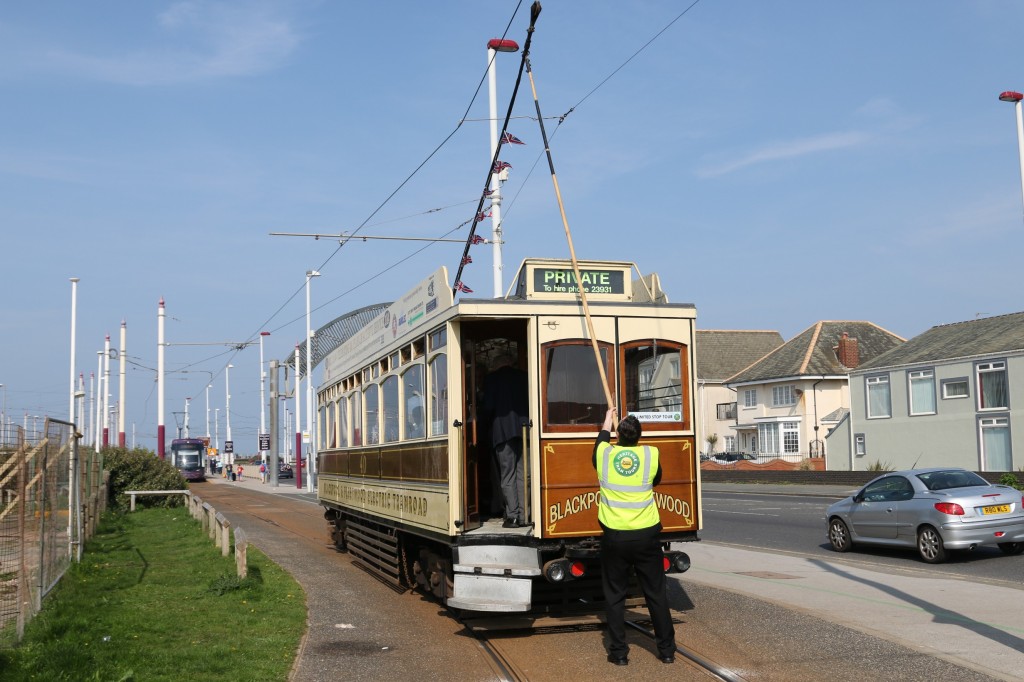 Box 40 is a rare visitor to Starr Gate, but was captured at the tramway's southern extremity having its trolley turned during its tour on April 9th. 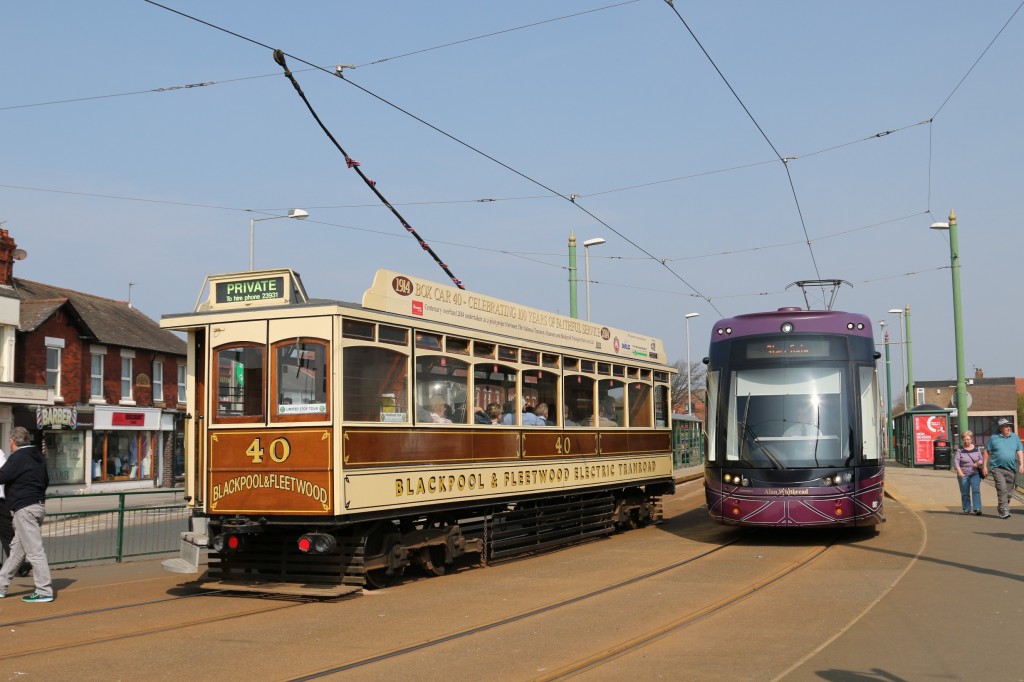 Almost a century of tramcar design contrasts illustrated by Box 40 and Flexity 007 at Cleveleys. 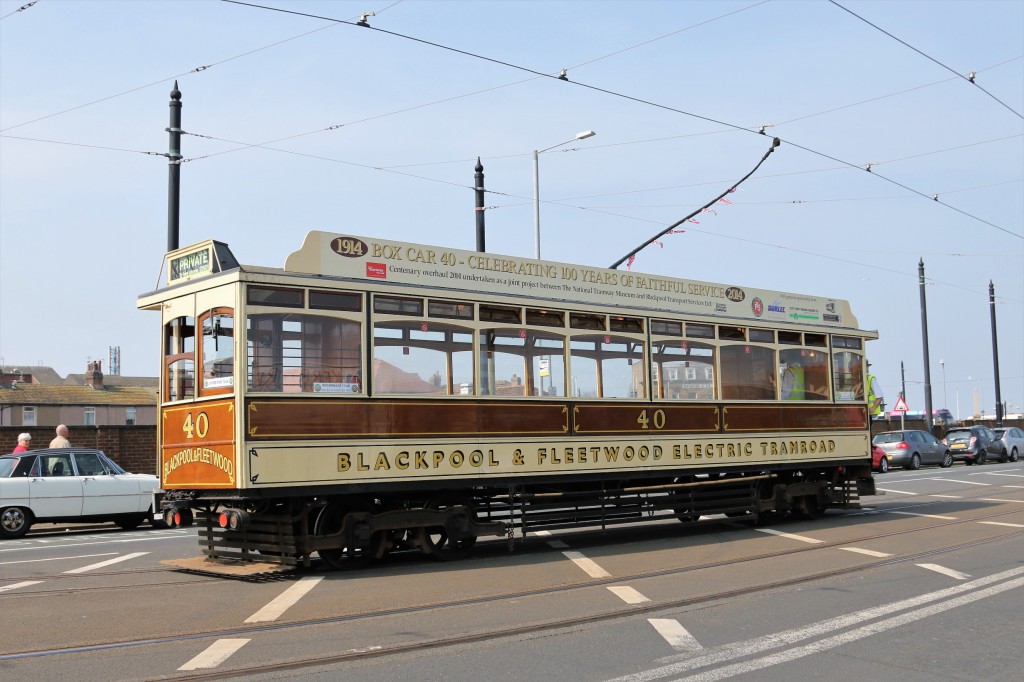 40 arrives at Fleetwood Ferry, where it was stabled on the passing loop whilst tour participants enjoyed a superb meal at the nearby North Euston Hotel. 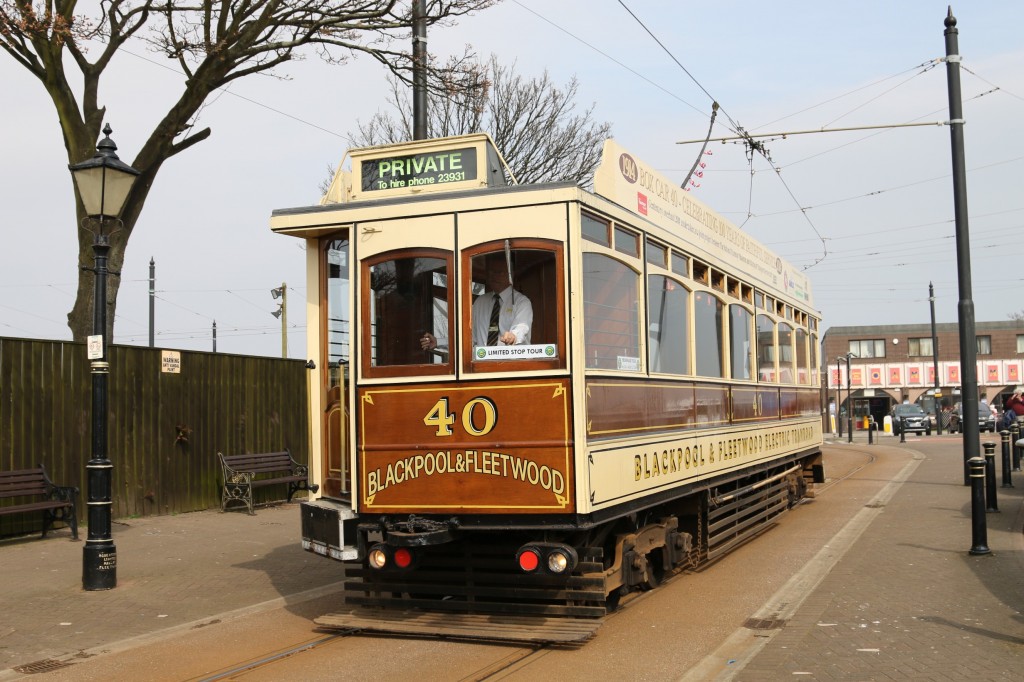 Car 40 is now seen on Pharos Street where passengers re-boarded for the trip back to Blackpool. (All photos by Bryan Grint)