The seemingly never-ending wait for Blackpool Brush Railcoach 626 to enter service in its new home at the Birkenhead heritage tramway is continuing, with one promising sign that the launch of the tram could be imminent being followed by another blow. The tram had been rumoured to be joining the running fleet at Birkenhead by the end of August; something which now seems highly unlikely due to another setback.

On a positive front, 626 was taken out for a test drive earlier in the week following completion of some remedial work undertaken at Taylor Street depot. It was hoped that this would enable the car to be used in passenger service soon afterwards, but reportedly this has been delayed due to insurance issues. As 626 is owned by Merseytravel – who of course, do not have any control over the tramway as yet – it would effectively be on loan to Wirral Council. It is now believed that there is some issue as neither party seems willing to deal with insurance for operation of the vehicle, meaning that the tram is now fully serviceable but is not allowed to run! Hopefully this matter can be resolved fairly quickly, as it would be a great shame if 626 was to be prevented from running in its 75th anniversary year after efforts have been made to get it roadworthy. It goes without saying that many people are very excited at the prospect of riding on a Blackpool tram at Birkenhead, and hopefully they will not be left disapointed for too long. 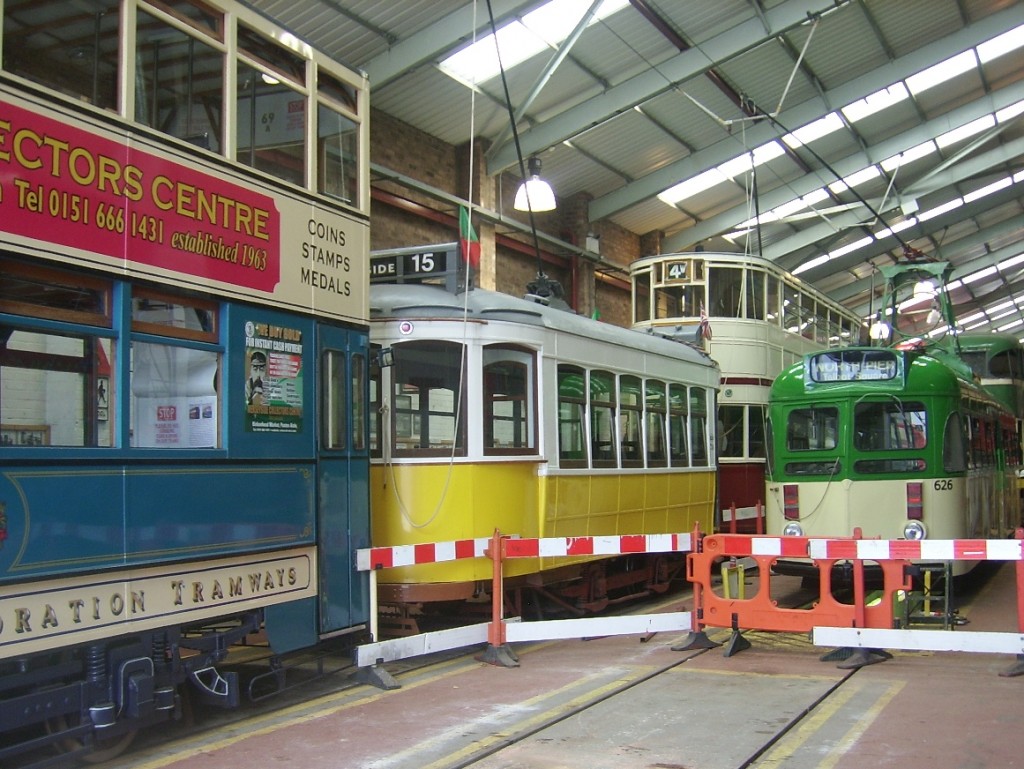 Brush car 626 seen inside the confines of Taylor Street depot on Saturday 25th August, alongside Hong Kong 69, Lisbon 730 and Liverpool 762. Apart from the fitting of a trolley arm the tram looks the same as it did when it last ran at Blackpool in 2010. (Photo by Martin Bryan)