Posted on Sunday 2 October 2016 by Gareth Prior

The full fleet of 120 M5000 trams are now in Manchester following the arrival of the last of the Bombardier built trams at Queen’s Road Depot at around 1130 on Saturday 1st October. The arrival of 3120 brings an end to a little over seven years of regular deliveries of the class with 3001 having been delivered back on 13th July 2009. As things stand at the moment this completes the order however rumours persist that more may be forthcoming although currently nothing official has been announced regarding this.

As we reported a few days ago 3120 had started its journey from Vienna on Tuesday 27th September and made its way across Europe before hitting the high seas between Rotterdam and Hull. It was then back on the roads again across the UK to Manchester where it arrived at around 1130. The low loader was then driven into the depot where 3120 was unloaded and moved into the workshops for commissioning to take place. It will then undergo mileage accumulation before an eventual entry into service.

Speaking when the tram left Vienna Cllr Andrew Fender, Chair of the TfGM Committee, said: “This is a proud moment for everyone associated with Metrolink as the imminent arrival of Tram 120 is symbolic of the major investment and expansion of the Metrolink network in recent years. Coupled with the recent return of services to a bigger and better St Peter’s Square and with the opening of the Second City Crossing just around the corner, we are ensuring Metrolink will continue to provide the people of Greater Manchester with fast, frequent and reliable services for many, many years to come.” 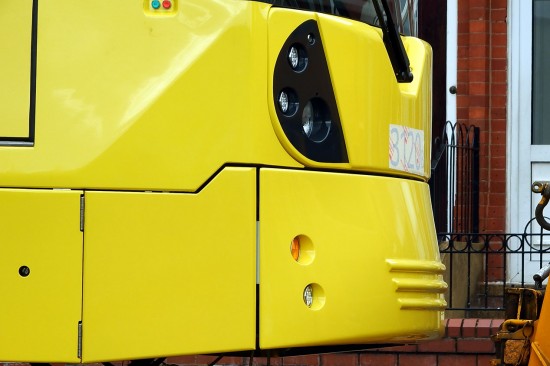 A close-up of the front of the tram. 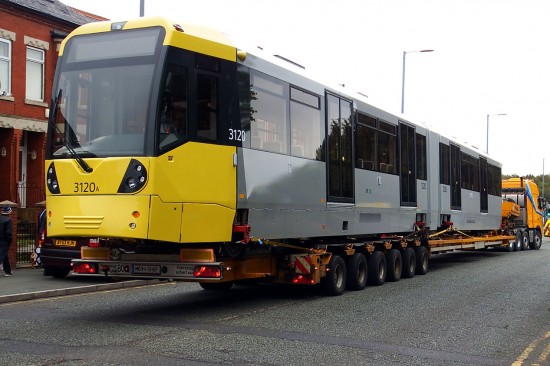 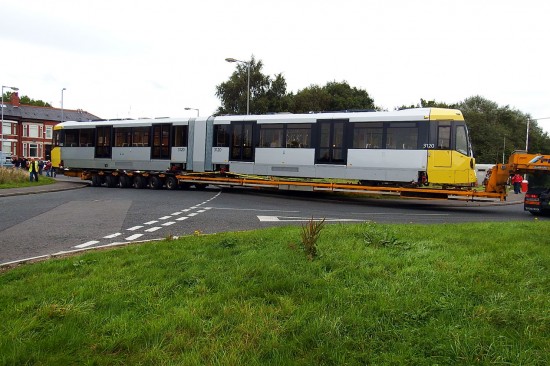 A side on view of 3120 arriving in Manchester. (All Photographs by Steve Kemp)