Work to extend the Luas system through Dublin City Centre has been continuing in recent weeks as show in this latest pictorial update as provided by John Hampton. 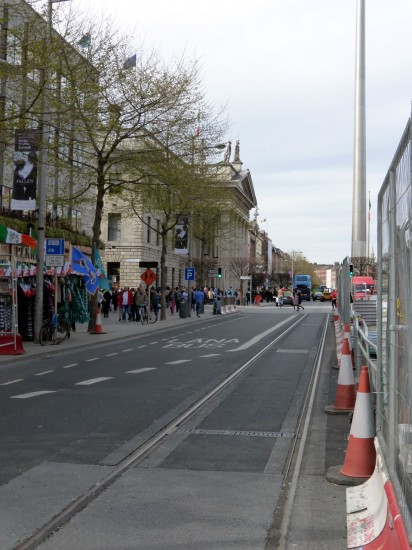 New track has appeared in O'Connell Street in Dublin as part of the cross city tram route.On the left is the portico of the GPO and on the right the Spire which sits on the sight of the former Nelso's Column. O'Connell Street last had trams running along it in 1949. 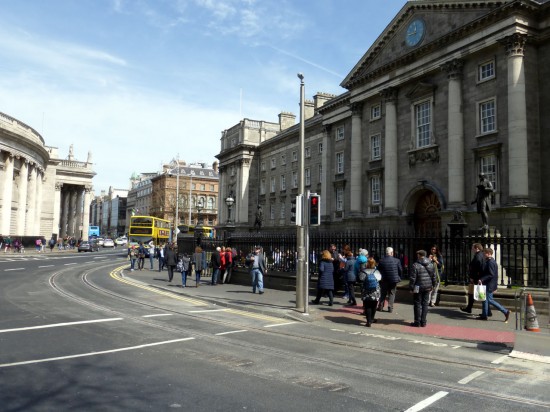 New track past the front of Trinity College and open to general traffic on its first day after completion. 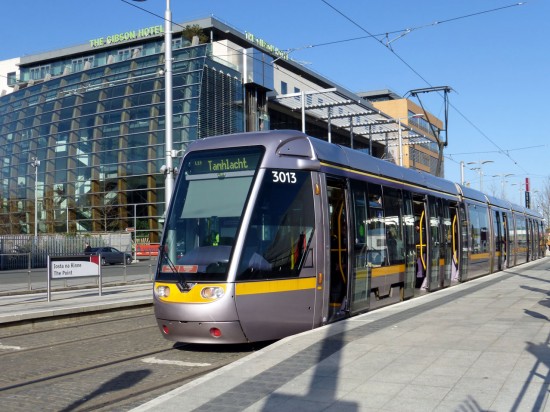 Tram 3013 standing at the three tgrack stub terminus at the Point alongside the new Gibson hotel. The 3000 series trams were originally delivered as three section cars but were quickly extended to five sections to cope with the number of passengers. (All Photographs by John Hampton)

This entry was posted in Dublin Luas. Bookmark the permalink.