In Pictures: Joseph returns to Crich for first horse tram day of 2016

Saturday 21st May saw the first Horse Tram Day of 2016 with Joseph returning to the Crich Tramway Village where he was reacquainted with operational horse tram Sheffield 15. This was the first of six planned Horse Tram Days this year.

In a change to the offering this year there is a small additional charge to ride on Sheffield 15 which will help offset the additional costs involved in hiring the horse. The horse tram service will again operate between outside the Library to just beyond the depot crossover and is interspersed with a normal electric tram service.

On this first day the electric tram service was provided by Oporto 273, Leeds 399 and Sheffield 510 with Berlin 223 006-4 also putting in its regular accessible tram appearance.

Joseph will be back at Crich next on Wednesday 15th June. 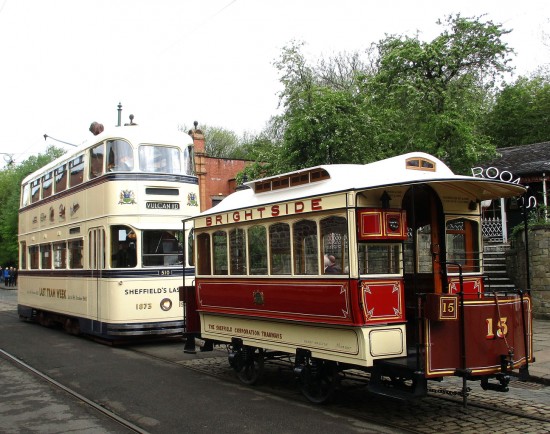 15 waits at Stephenson Place with Sheffield 510 for company. 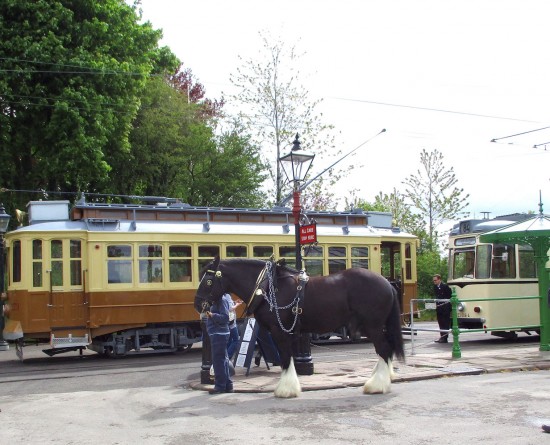 Joseph waits at Town End with Oporto 273 alongside. 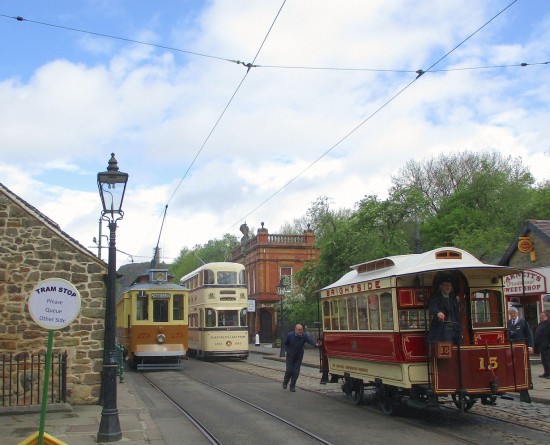 15 is pushed down to Town End with Oporto 273 heading north and Sheffield 510 also still in situ. 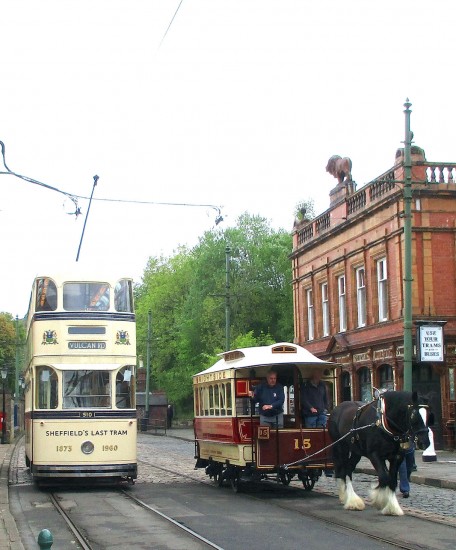 Joseph hauls 15 back down to Stephenson Place with 510 off up the line. 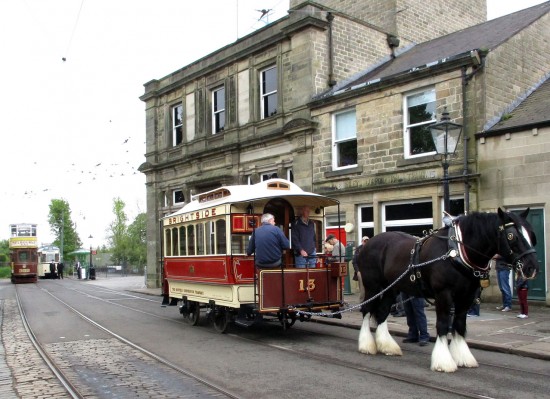 Sheffield 15 at the loading stop by the library. Leeds 399 looks on from behind. (All Photographs by Hazel Quarmby)

2 Responses to In Pictures: Joseph returns to Crich for first horse tram day of 2016