In Pictures: Tramlink 2560 in service

Posted on Friday 13 November 2015 by Gareth Prior

As we reported last week London Tramlink Stadler 2560 entered service on Friday 6th November following the completion of its commissioning process. The tram has continued to be used in service over the past week and was caught on camera on Thursday 12th November as shown below.

In other news from Tramlink CR4000 2531 is currently running in standard fleet livery following the removal of its black and white advertising vinyls for Macmillan Williams Solicitors. 2534 retains its adverts for the same sponsor in the more pleasing red and white style. 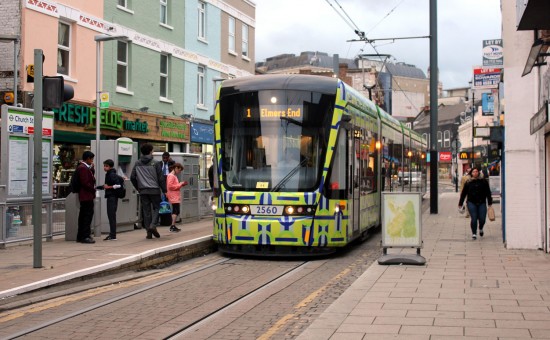 2560 - with its dazzling "wrapping paper" end at the front - stops at Church Street. 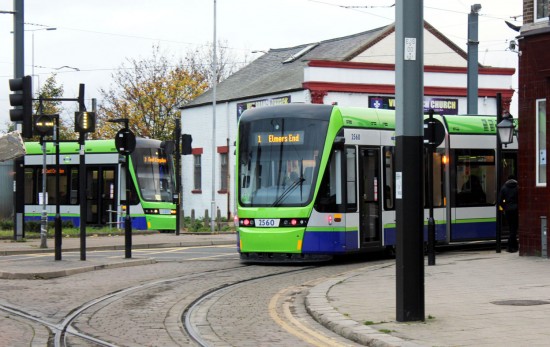 2560 heads down Tamworth Road as sister 2555 waits at the lights to come from Reeves Corner. (Both Photographs by Ian Buck)