Posted on Thursday 22 October 2015 by Gareth Prior

Have you been thinking where and when you can enjoy a ride on a traditional tram over the next week or so? If so you have come to the right place as this is your one stop round-up of the all the heritage tramways in the British Isles. The 2015 operating season is coming towards an end but with Half Term upon us it means Blackpool will enjoy daily operation of the heritage trams whilst over at Crich it is the Starlight Spectacular including special lighting effects. Read on to find out all the details from across the country… 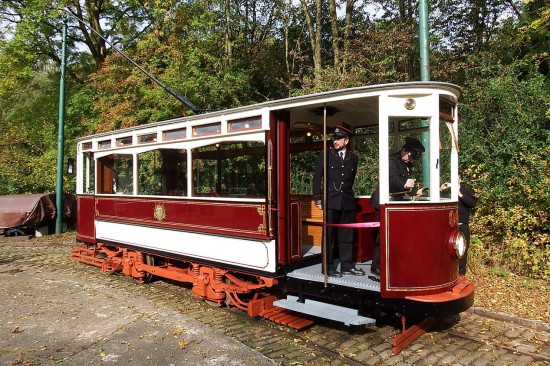 The latest tram to be launched into service has been Hull 96 which entered service at Heaton Park on 11th October. This view shows the tram on that first day shortly before launch. (Photograph by Steve Kemp)