In Pictures: The next Stadler arrives in Croydon

Posted on Thursday 22 October 2015 by Gareth Prior

London Tramlink welcomed the third of the second batch of Stadler Variotrams on the morning of Sunday 11th October with 2562 arriving on the back of a lorry following its journey from Germany. Four Stadler trams are on order for Tramlink with just one further example due to make the trip across Europe although 2556 is also currently in Germany undergoing repairs with its return awaited. None of the second batch – 2560 and 2561 – have yet to enter service. 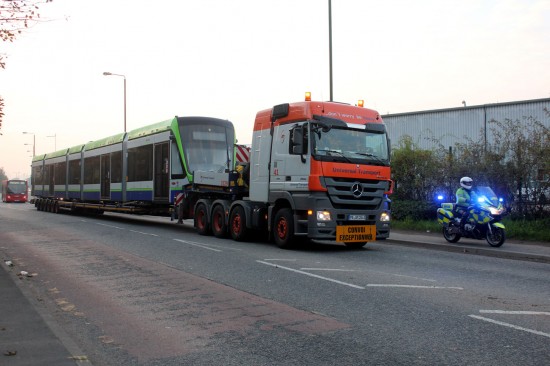 2562 arrives in Croydon with Police escort. 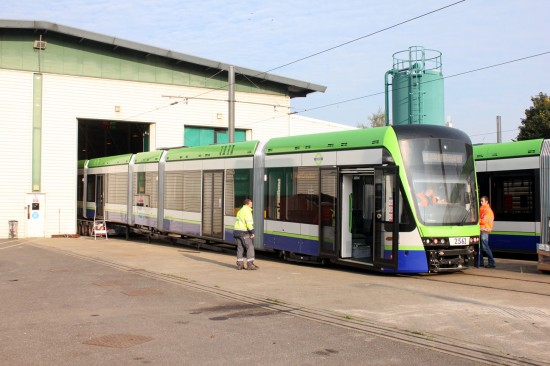 2562 is unloaded at Therapia Lane. (Both Photographs by Ian Buck)