Posted on Thursday 15 October 2015 by Gareth Prior

We again turn our attention to just when and where you can enjoy a ride on a traditional tram in the British Isles and for the first time in what seems like ages there is no special event to look forward to this weekend. But as we are sure you are aware just because of that it doesn’t mean there isn’t anywhere you can go for a ride… 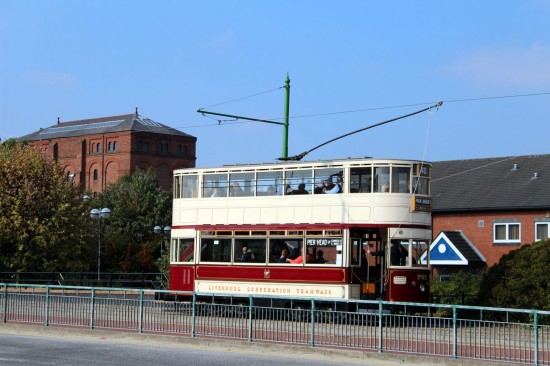 One of the few tramways which isn't thinking about packing up for the winter at the start of November will be the Birkenhead Heritage Tramway which will continue to operate throughout the so-called close season. This view shows Liverpool 762 at Woodside Ferry on 4th October 2015. (Photograph by Gareth Prior)