In Pictures: Hull 96 on test

Hull 96 may have now entered service at the Heaton Park Tramway – but we are now moving very slightly back in time to eight days before the launch took place, when the immaculate tram completed its first test run along the full length of the tramway since restoration work began. The date was Saturday 3rd October, and we are pleased to bring you some images of 96‘s first test runs on this rather foggy day.

In order to ensure that the launch event had the greatest possible impact, pictures of the tram following its repaint were rationed to the public but now that it has returned to service we are able to post these pictures, taken by tramway volunteer Joe Savage.

Of interest, although Hull 96 was launched on 11th October a few small jobs remain outstanding before it can really be considered complete. The most obvious one is the re-fitting of its platform doors following some attention, which will no doubt be appreciated by crews when the tram resumes its previous role as the first choice winter service car! 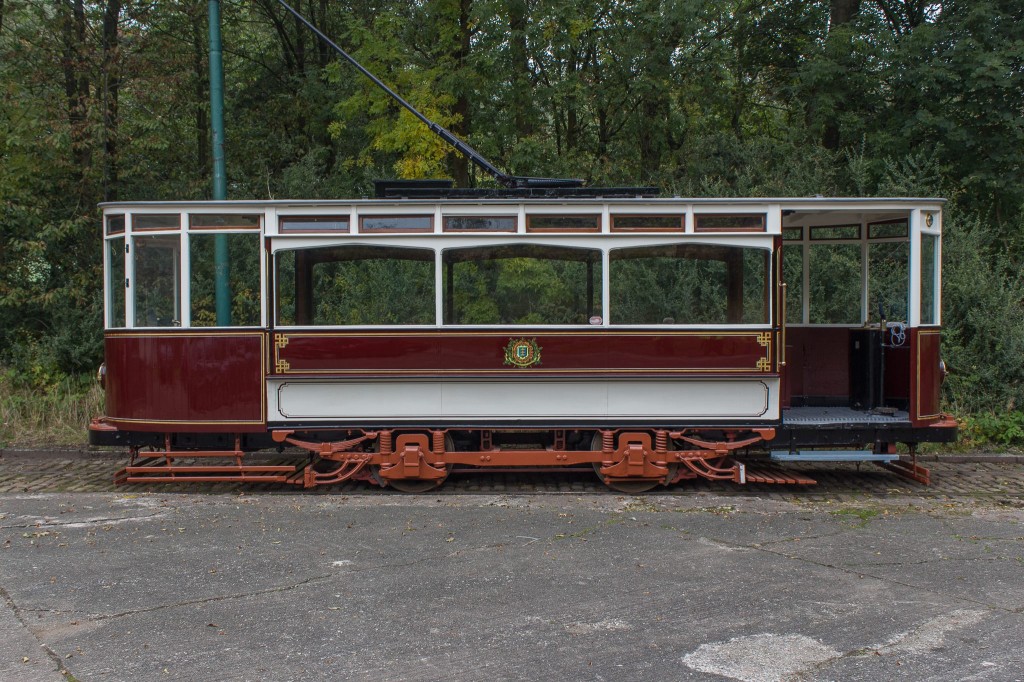 A side view of Hull 96 leaving the Middleton Road depot gives a good impression of the superb repaint undertaken by Heritage Painting, including ornate gold lining and crests. 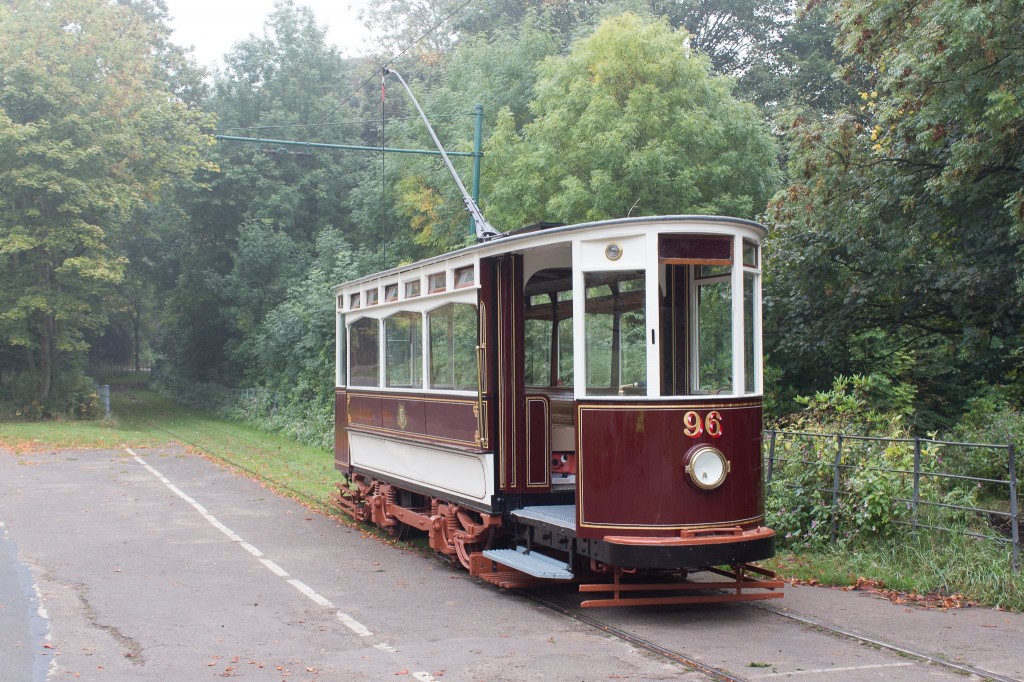 96 stops for photos in the light fog at Whitegate on 3rd October during its first test run. 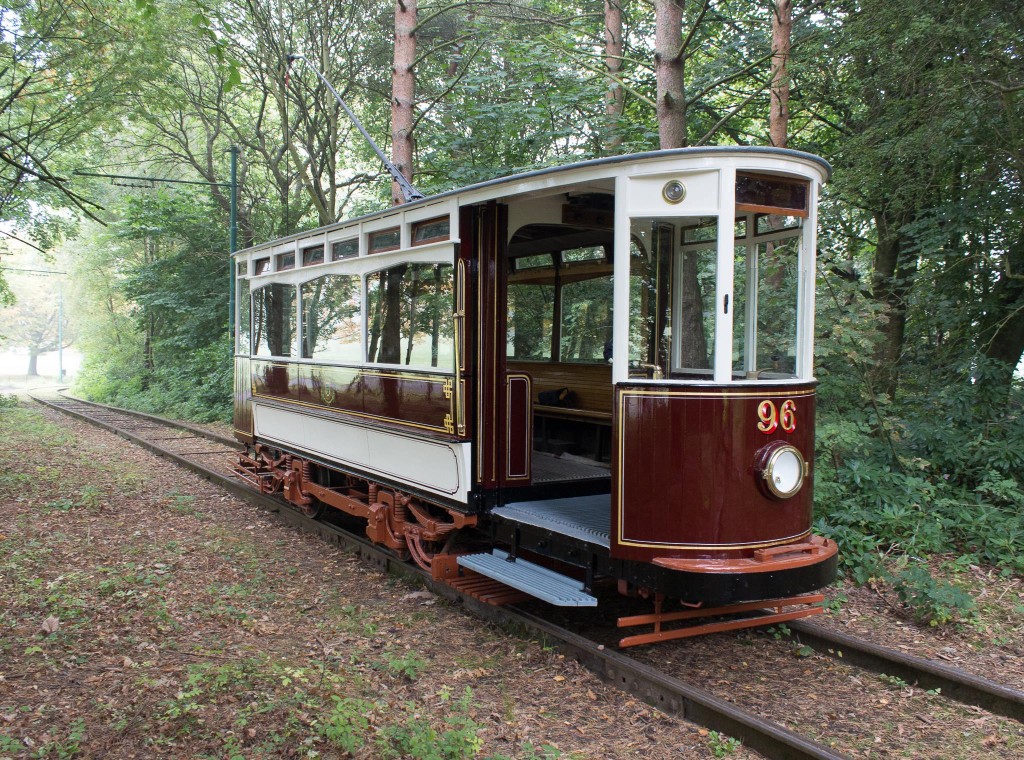 Another photo stop, this time along the picturesque section of tramway between Whitegate and the park boating lake. 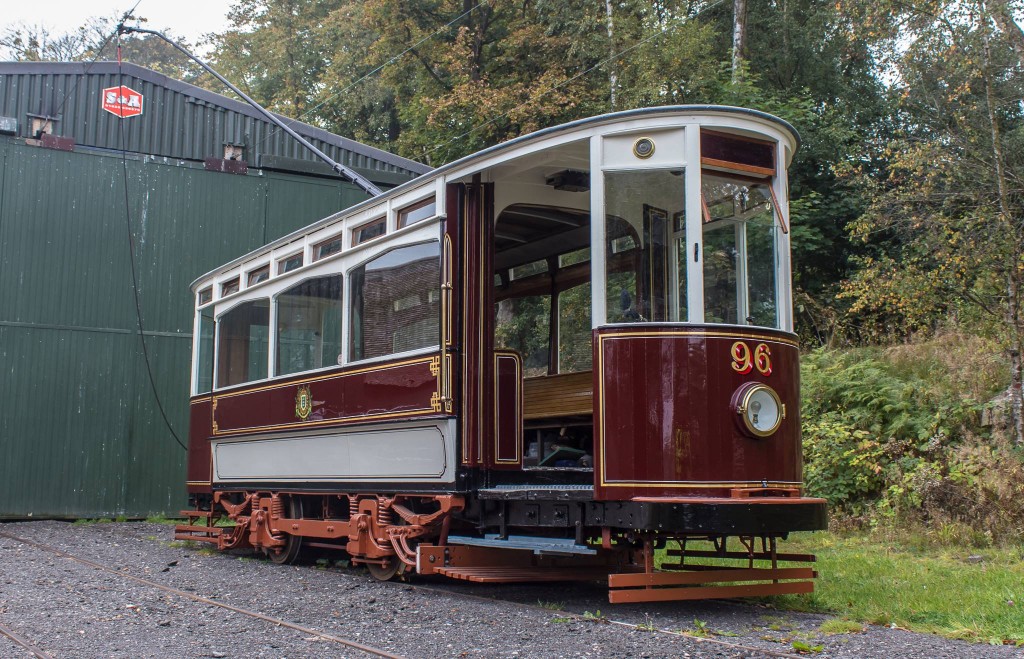 Unfamiliar territory for 96 as it stables outside Lakeside Depot, which did not exist when it last operated in Manchester - indeed, nor did the extension on which it stands! 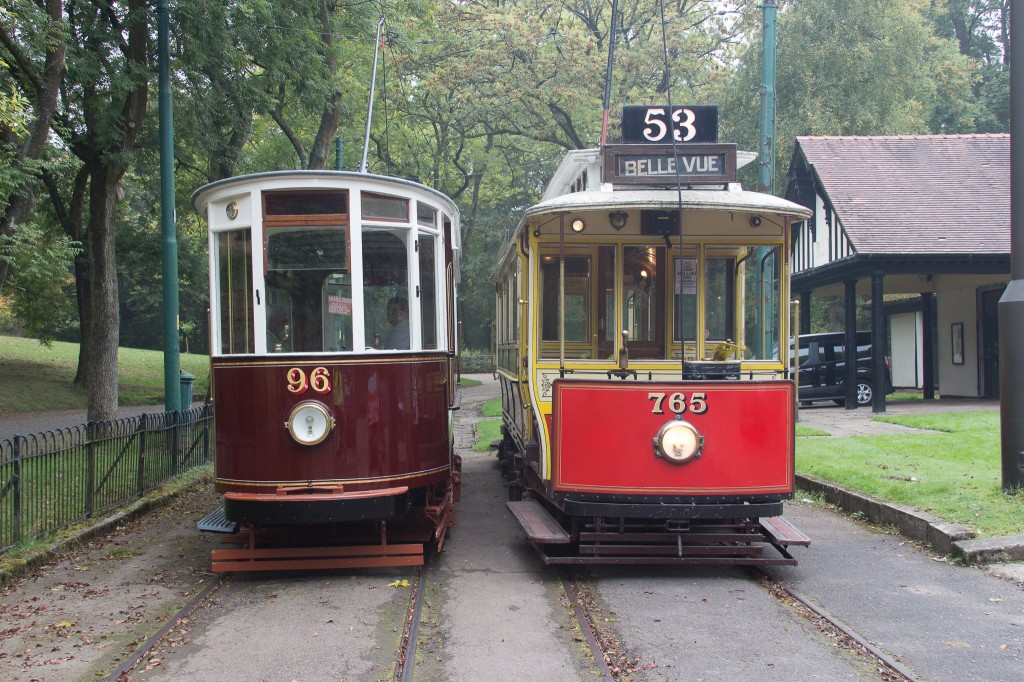 On its return to the Middleton Road end of the line, Hull 96 meets with old friend Manchester 765. (All photos by Joe Savage)

1 Response to In Pictures: Hull 96 on test