Posted on Thursday 17 September 2015 by Gareth Prior

It’s another week and another important weekend for trams with the premier event of the year at the Crich Tramway Village taking place – TMS 60 (incorporating the annual Enthhusiasts’ Day). That will take place on Saturday 19th September and will include the relaunch into service of Liverpool 869, the temporary return to service of Southampton 45 and an open top tram line-up including, hopefully, some very rare trams indeed (so its fingers crossed for decent weather!) Elsewhere we are now down to 12 operating tramways following the closure of the Douglas Horse Tramway but there will surely be something to interest you if you look harder enough. Keep reading if you want to know just where you can go for a ride… 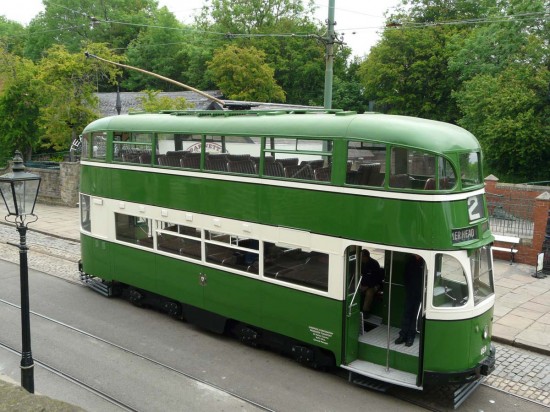 Liverpool 869 should be relaunched into service at Crich on Saturday 19th September. It is seen here during testing on 19th June 2015. (Photograph courtesy of Crich Tramway Village)