The 2015 programme of rail replacement works on Stagecoach Supertram commenced on Saturday 28th March. The first phase of works this year – known as Area 5 – is on the stretch between Infirmary Road and Hillsborough with the first section of track to be dealt with being that on the inbound line alongside Hillsborough tramstop and up to the entrance to Hillsborough Interchange. Photos from Stuart Cooke.

The track at Hillsborough tramstop was due to be completed over the first weekend but due to adverse weather it was slightly delayed which meant that Langsett Road was not reopened to traffic until 0800 on Monday 30th March. After the completion of this rail replacement attention was turned towards the inbound track at Capel Street. Further worksites are due to be Cuthbert Bank, Wood Street and Infirmary Road with it expected to take between three and five days to complete each location.

During this stage of works trams are running on the Purple route between Herdings Park and Meadowhall via Cathedral, on the Yellow route from Meadowhall to Cathedral and the Blue route will run between Halfway and Shalesmoor. The works are due to be completed by 8th May after which the next area to be completed will be in the City Centre between Park Square and Castle Square. 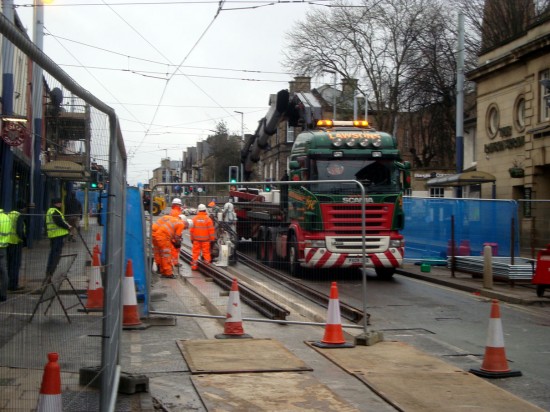 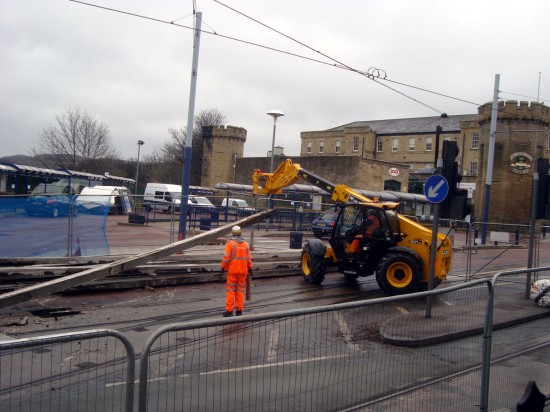 Rails are maneouvred into position. 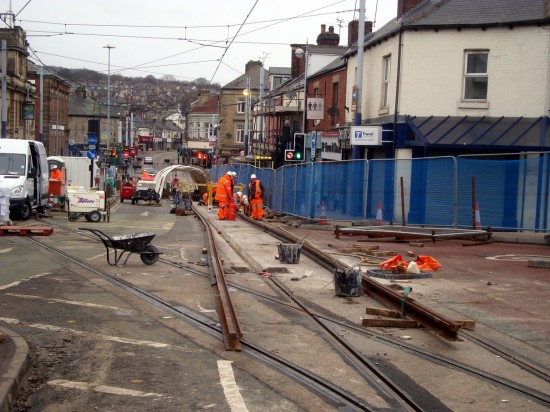 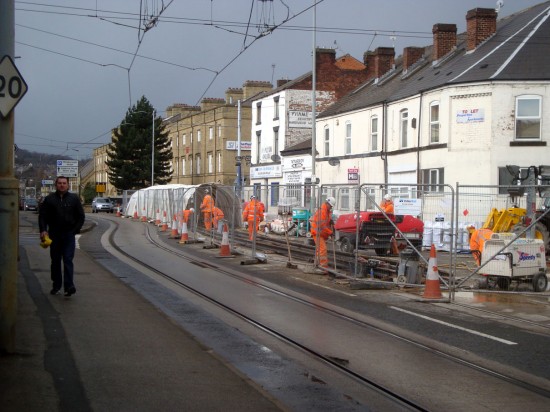 On Tuesday 31st March and work had moved on to Capel Street. (All Photos by Stuart Cooke)