On Saturday 28th March a 16 day blockade of the Croydon loop started with no trams running between Reeves Corner and East Croydon (with the closure extended through to Sandilands over the Easter weekend). Although the main purpose of the closure is for Croydon Council environmental improvement works to take place Tramlink are also taking the opportunity for some track relaying (with works on Tamworth Road having started) and infrastructure works at West Croydon and East Croydon stops. Photos courtesy of Ian Buck. 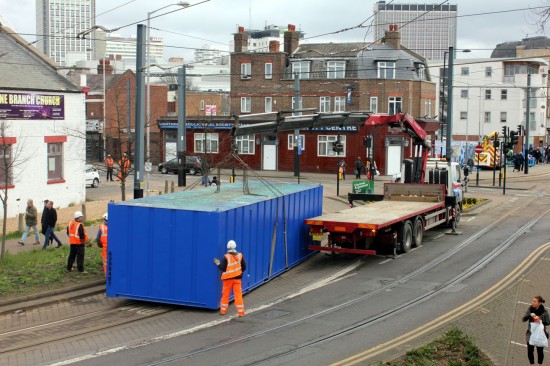 A container is delivered to Reeves Corner on 28th March. 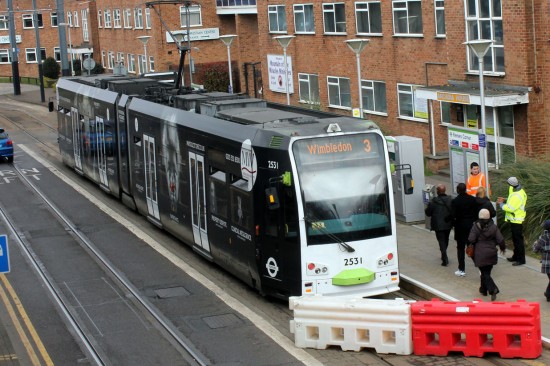 Trams are terminating at Reeves Corner during the blockade. This is 2531 at the temporary terminus on 28th March. 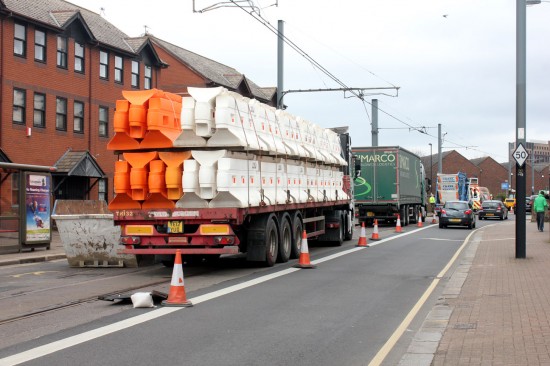 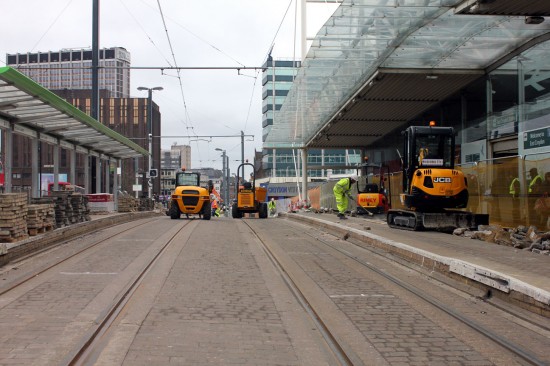 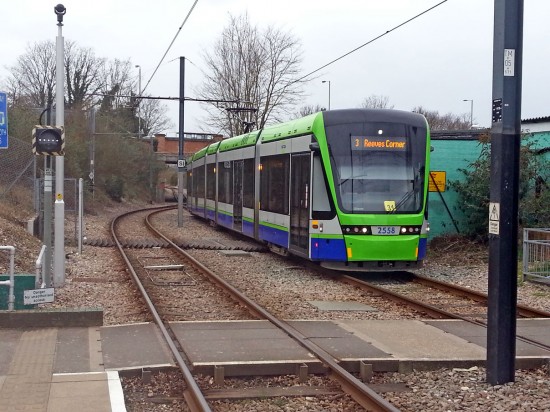 2558 at Mitcham Junction running a line 3 service to Reeves Corner. 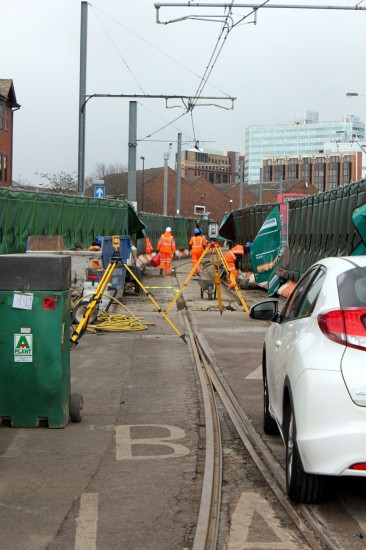 This is Tamworth Road where rail replacement work is underway on 31st March. 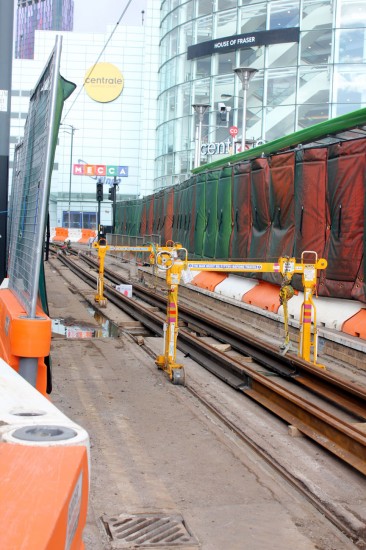 Another view on Tamworth Road. 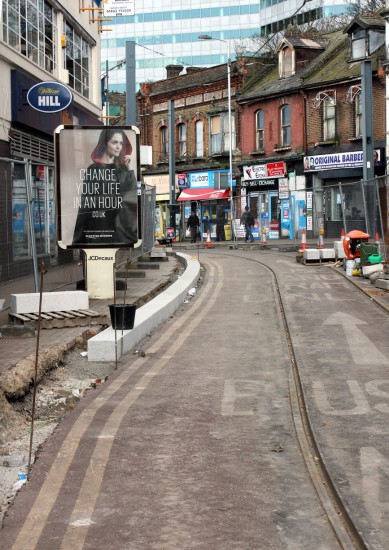 The scene near West Croydon where works are also underway. (All Photos by Ian Buck)