Posted on Saturday 26 May 2012 by Andrew Waddington

Richard Lomas, one of the longest-serving active members of the Tramway Museum Society, has sadly died. Richard passed away peacefully following a fairly long illness in the early hours of Friday 25th May. He had spent a lengthy spell in hospital suffering from pancreatis, but after going home he was re-admitted a few days ago when he was diagnosed with septicemia and pneumonia, which proved to be too much for him to fight.

In recent times Mr. Lomas has been well-known for his internet blog page, but he has in fact done far more for the TMS than many people will realise. He was activley involved with the National Tramway Museum on and off for five decades, being involved in the early development of the site at Crich in the 1960s. As well as crewing the trams, Richard did three highly succesful stints of the Society’s quarterly magazine, The Journal, and has been involved in tramcar restorations as well. He was well known for his love of Sheffield 264 in particular and he was one of a small team who carried out some considerable restoration work on this tram, with very limited resources long before the present workshop facilities existed. In fact 264 was often worked on outdoors, and Richard has previously spoken of how the car would be driven up to Wakebridge where painting could be carried out in relative peace away from other work. More recently Richard formed a group of people who aimed to compile a detailed history of Sheffield 264‘s life in preservation, reuniting some of the people who helped restore the car at Crich to build up a fuller picture of the extent of work done to the tram. This could well form the basis of other studies involving trams in the national collection, many of which have been at Crich far longer than they ran in their native towns and cities.

Perhaps Richard’s biggest claim to fame occured on 5th July 1964, when he conducted the first ever public trip by an electric tram at Crich. Blackpool & Fleetwood ‘Rack’ 2 did the honours, and fittingly is still part of the operating fleet 48 years later. Recently some discussion had taken place about celebrating the 50th anniversary of this important milestone in TMS history in 2014, and it is extremely sad that Richard will not be present as it was hoped that he could have been a special guest of honour due to the role he played in that historic day.

Although Richard had been a little less active at Crich in later years he had held a conductor’s licence, and his excellent blog website helped to keep distant enthusiasts informed of developments at the Museum, with some saying it was an even better source of news and pictures than the TMS Journal! Happily after being discharged from hospital he did manage to visit Crich a couple of times before he passed away, and was present for the launch of Blackpool Brush Railcoach 630 just a few weeks ago when he rode on its inagurual passenger journey at its new home.

Our sympathies go to Richard Lomas’ family, his many friends, and in particular to his wife Kath. I am very glad to have known this wonderful man who was so passionate about the preservation of Britain’s tramway heritage, and who played a key role in the TMS for much of its existence. Rest in peace Richard. 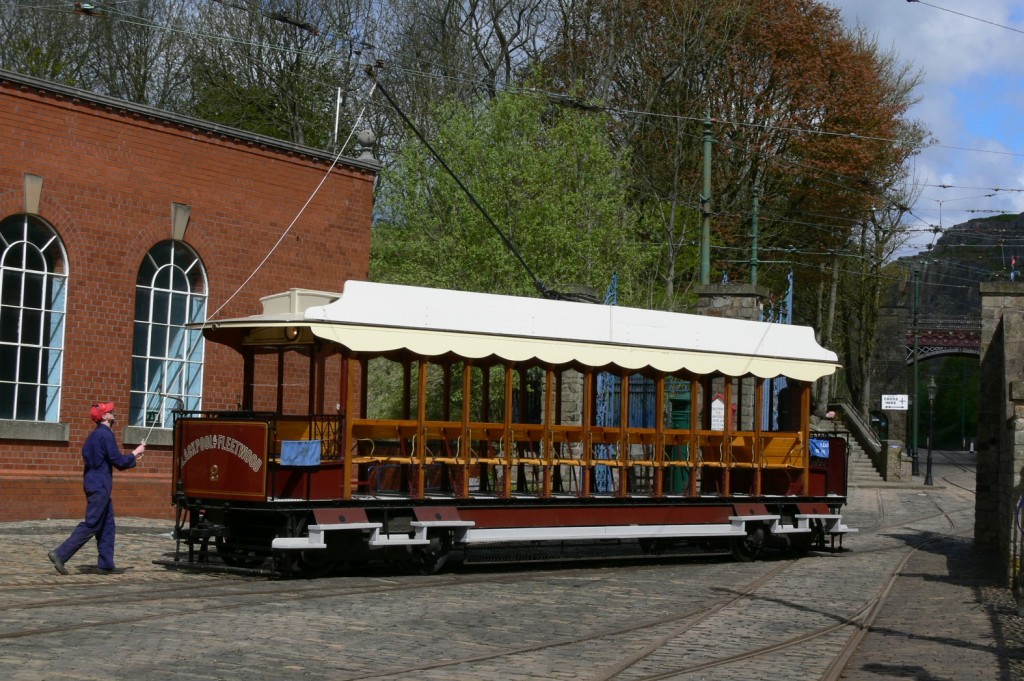 Richard Lomas conducted Blackpool & Fleetwood 2 on the first public trip at Crich in 1964. Here the tram is seen in the depot yard at Crich, nearly five decade later. (Photo by Tony Waddington) 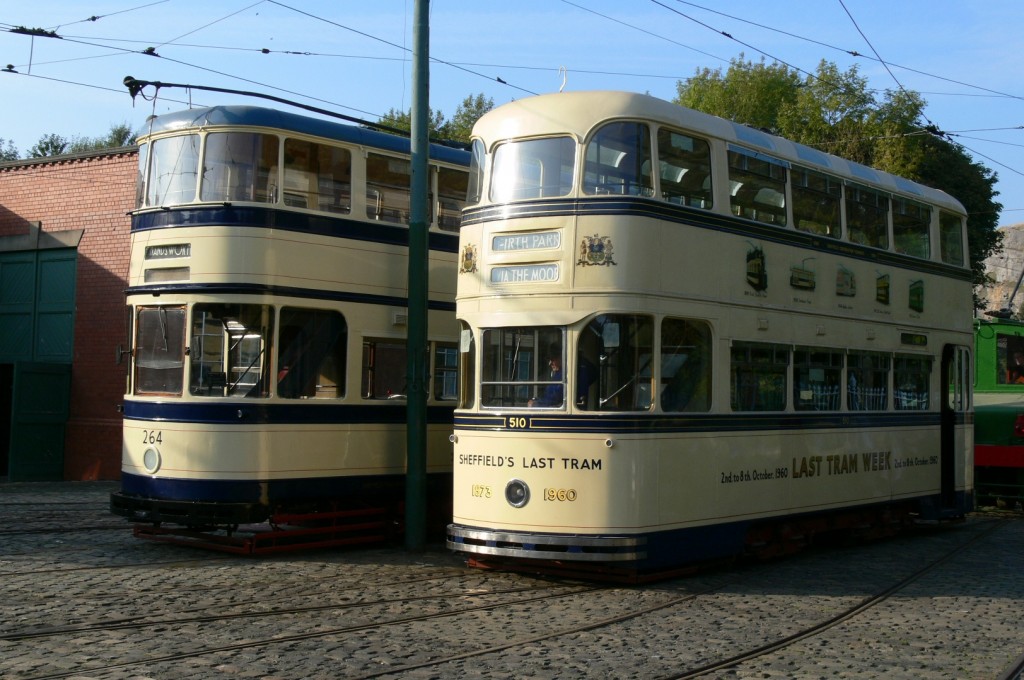 Two of Richard's favourite trams, Sheffield 264 & 510, posed on the depot fan at Crich during an enthusiast event in 2008. (Photo by Tony Waddington)

This entry was posted in Crich Tramway Village, People. Bookmark the permalink.