And another T69 departs

Posted on Thursday 16 October 2014 by Gareth Prior

You will never guess what happened on Midland Metro today (Thursday 16th October)? Well another of the withdrawn T69s departed Wednesbury Depot for storage at Long Marston with 07 the latest to make the trip, becoming the first Network West Midlands liveried tram to leave the West Midlands.

As always it was Allelys who were on hand to move the tram with the crew arriving at Wednesbury for the third time in four days early in the morning of Thursday 16th October. After loading the tram then left the confines of the depot for the last time (at least for now anyway) shortly after midday and started its longest journey since delivery, to the Long Marston secure storage site in Warwickshire. As with the other departures 07 left with its nameplates removed, in this case these were for Billy Wright.

07 is probably the least used of the T69s as it was, for a number of years, used as a Christmas Tree for spare parts during the early years of the severe unreliability of these trams. It did return to service in 2007, becoming the second of the trams to receive the striking Silver and Magenta Network West Midlands livery, and was then a regular performer in service up until Saturday 20th September when it was withdrawn from service. After all of the expenditure on this tram just seven years ago it may be seen as a bit of a surprise that 07 was in the early tranche of withdrawals but that is what has happened and it has now left the Midland Metro network.

There are now just 10 T69s left on the Midland Metro network and with 03 already withdrawn this means it is not possible for a normal weekday service to be operated with just T69s. The future is here and it is the CAF Urbos 3s! 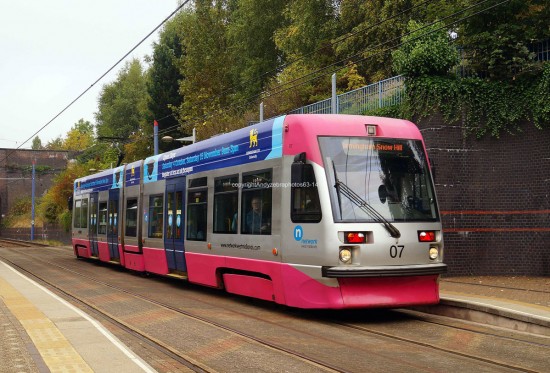 Just two days before withdrawal - 18th September - and we see 07 in service. 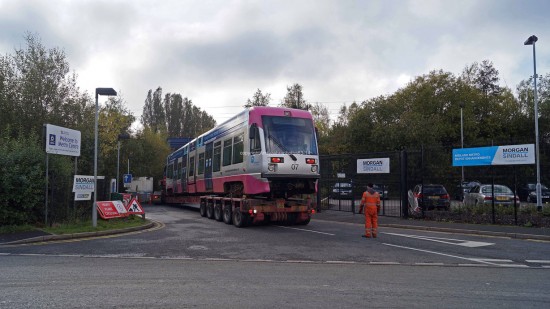 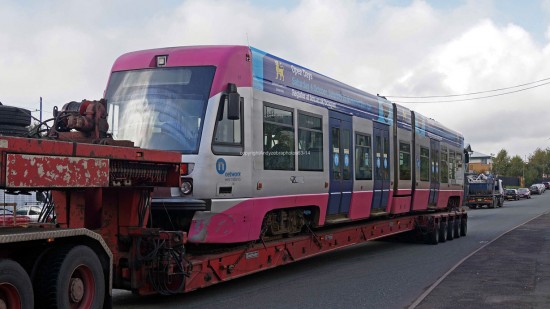 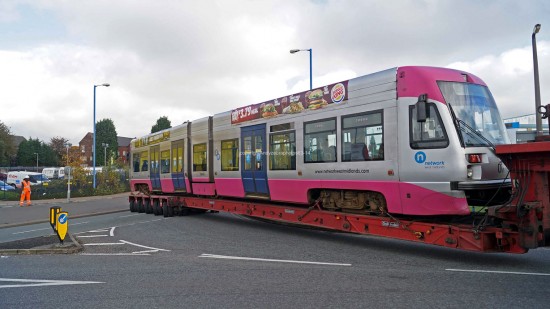 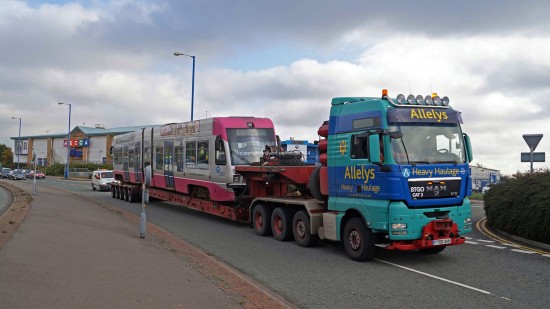 Images showing 07 on the back of the low loader as it is backed out of the depot and then sets off to storage. (All Photos: Andy Walters)

2 Responses to And another T69 departs