It’s that time of the week again as we round-up just when and where you can ride on heritage trams in the UK and Isle of Man. This weekend will be your last chance to have a ride on a tram in East Anglia for 2014 with the East Anglia Transport Museum closing for the winter at the end of Sunday 28th September and then just a week later it is the highlight of the year in Birkenhead as the Wirral Tram and Bus Show takes place (Sunday 5th October). Elsewhere you can still ride a tram every day of the week at Beamish, Blackpool, Crich, Great Orme, Manx Electric Railway, Seaton, Snaefell Mountain Railway and Summerlee. 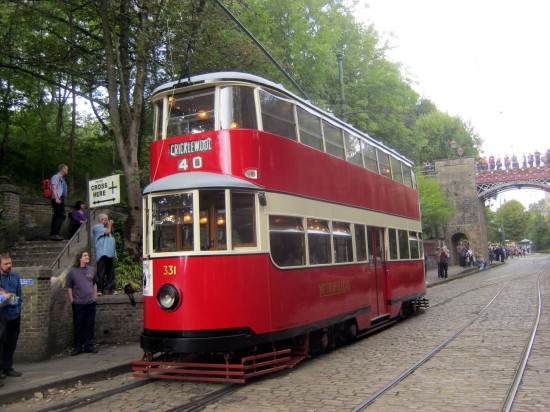 This week we head back to Crich for the photo on this page and show MET 331 during the recent Electric 50 event as it departs the depot in preparation for the first days Cavalcade. (Photo: David Bosher)