Posted on Saturday 30 August 2014 by Gareth Prior

September dawns and that means we enter another busy period for the UK’s heritage trams and this is a quick glance at what to expect over the next few weeks. Of course the Blackpool Illuminations are now shining nightly until Sunday 9th November and with that the heritage trams are in action every night whilst the East Anglia Transport Museum enjoy their End of Season Gale over the weekend of 6th and 7th September. And we aren’t too far off Electric 50 at Crich either…

There will be additional evening services between Derby Castle and Laxey on Wednesdays 3rd, 10th, 17th September and Fridays 5th, 12th and 19th September.

The Blue timetable will be in operation from Monday 1st September until Sunday 14th September. First tram leaves Seaton at 1000 and then every 20 minutes until 1700, returning from Colyton starting at 1030 until final departure at 1730.

There will be evening services (Summit diners only) on Wednesdays 3rd, 10th and 17th September and Fridays 5th, 12th and 19th September. 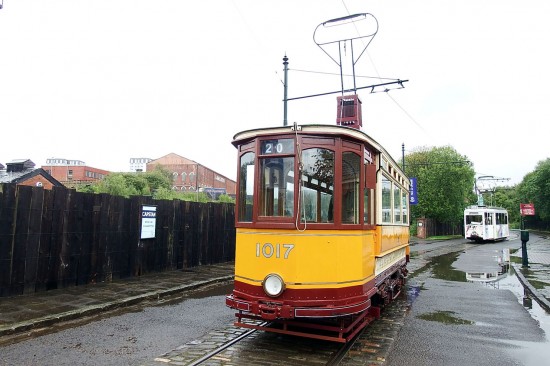 Two of the trams based at Summerlee feature in this week's Heritage Tram preview: Glasgow 1017 is joined by Dusseldorf 392 on 28th August 2014. (Photo: Steve Kemp)