In Pictures: Manchester 173 prepares for war

We are pleased to provide some more images of Manchester 173 from the Heaton Park Tramway in its temporary guise as a recruitment tram, to help commemorate the centenary of the outbreak of the First World War. These pictures show the tram being prepared to depart from its usual home in less than pleasant weather conditions, on Friday 1st August – the day before it was displayed at Morley.

As reported previously, the tram was loaded up in appalling weather and was then taken to the headquarters of Gillespie’s Hauliers, who were tasked with transporting the tram to Morley and back to Manchester the following day. Due to the heavy rain, and also to ensure that its decorations did not become detached during its road journeys, 173 was sheeted over and this job was carried out by members of both the Manchester Transport Museum Society and the Leeds Transport Historical Society.

It is expected that Manchester 173 will be displayed to the public again in a slightly amended guise at the annual Trans Lanc Rally at Heaton Park next month, before shedding its decorations ahead of a further period of storage pending the completion of its restoration to working order, to be undertaken when resources allow. 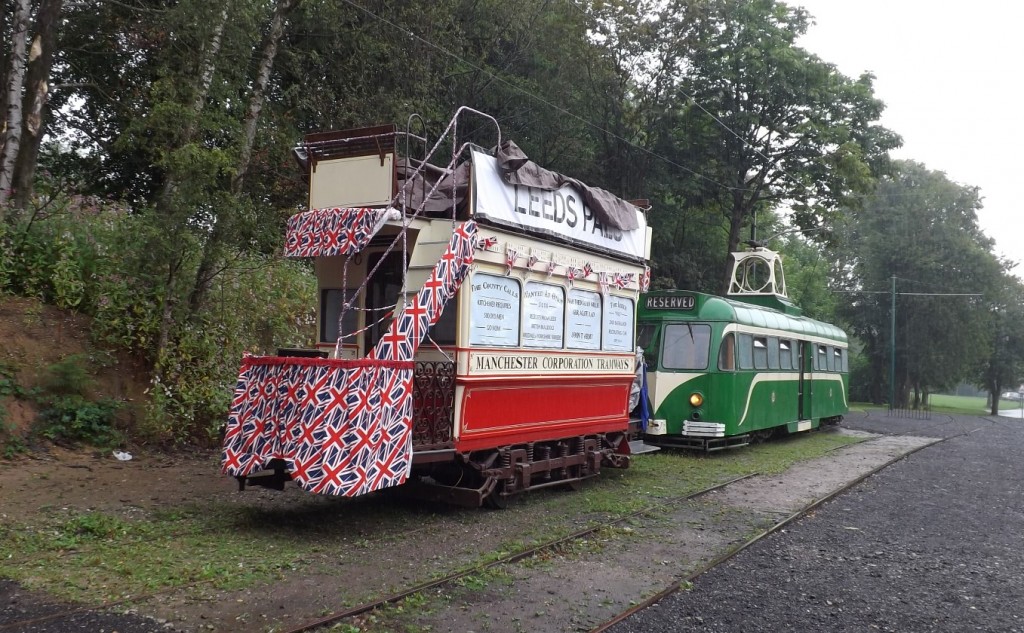 A very patriotic looking Manchester 173 emerges from Lakeside Depot, with assistance from Blackpool 623 which was then used to tow the tramcar to the Middleton Road end of the line. 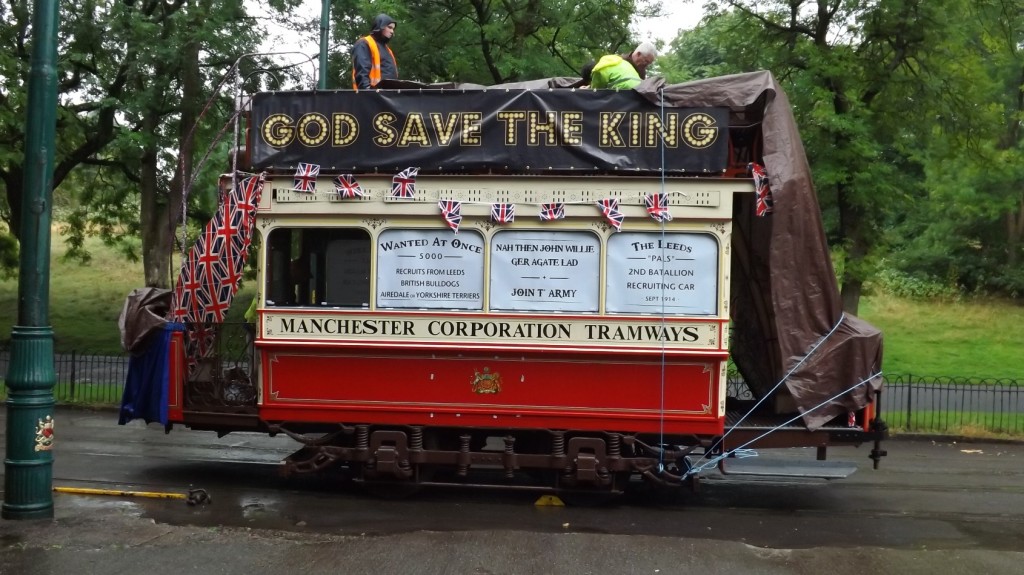 The other side of 173 with its 'God Save The King' banners and window decorations in evidence, as volunteers cover the top deck in torrential rain. 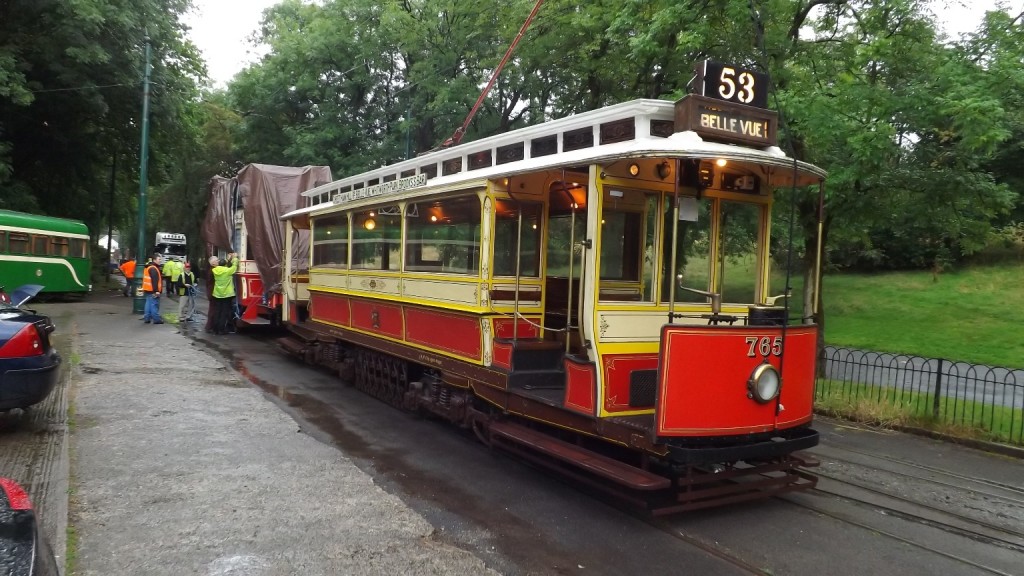 Fellow Manchester tram 765 was used to propel 173 towards the waiting low loader. 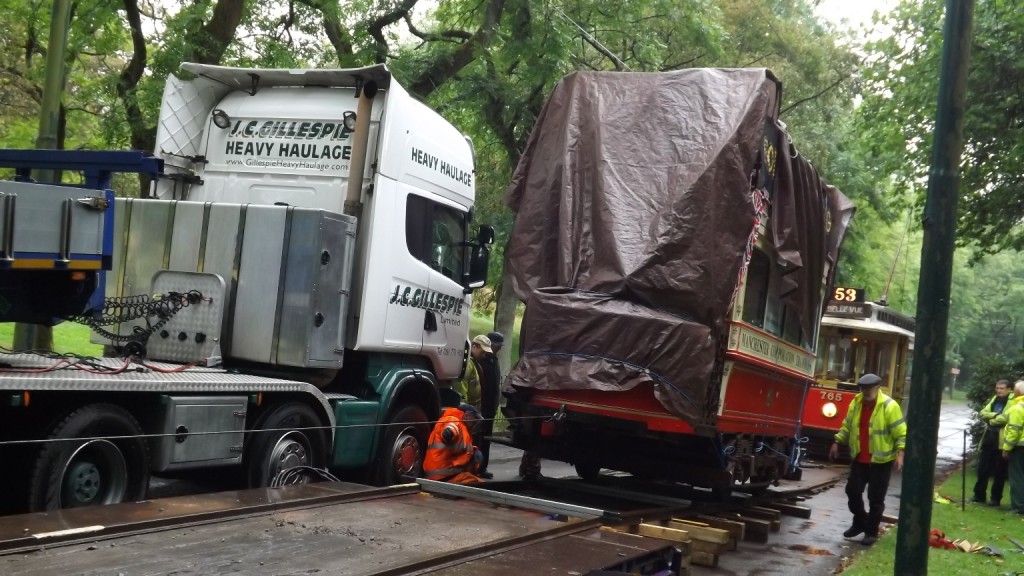 173 is carefully winched up the specially constructed ramp onto the lorry, with all of its protective sheeting now in place. 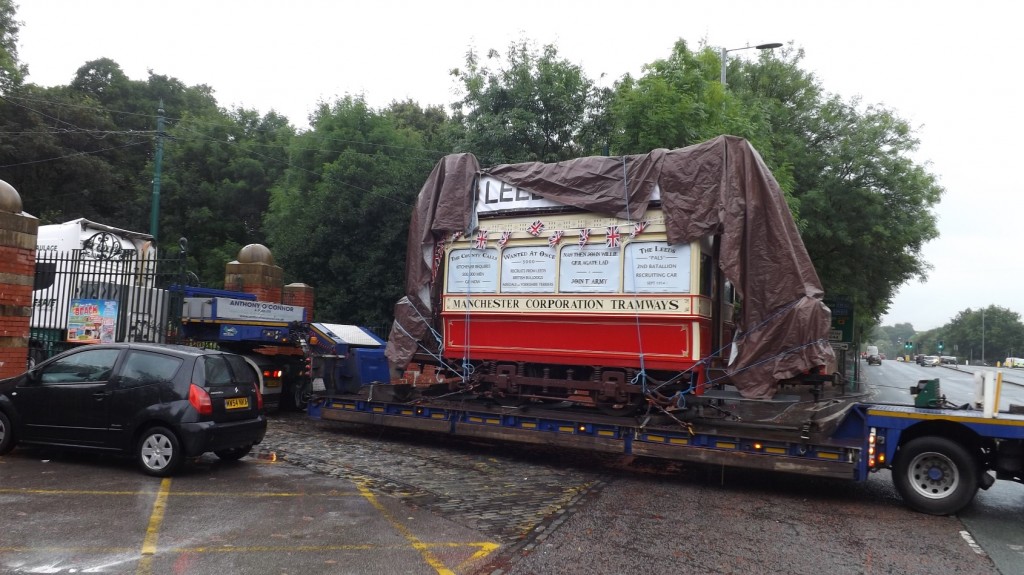 The Manchester tram in disguise is reversed through the park gates as volunteers help to stop the traffic so that the previous load can be maneuvered onto Middleton Road. 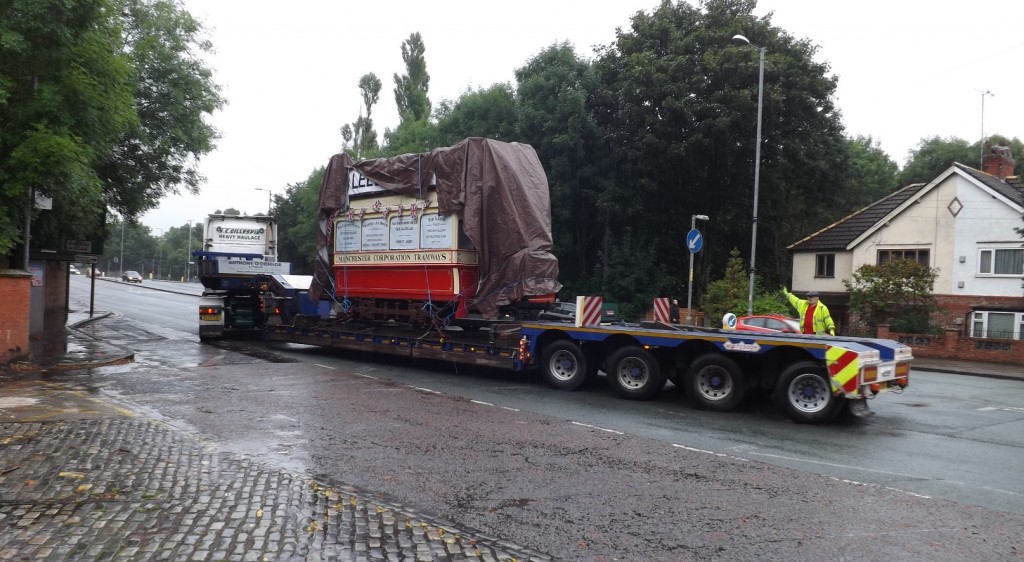 One last look at 173 disappearing down Middleton Road on its way to Morley, only to return home again the next evening. (All photos by Tony Waddington)