Posted on Friday 8 August 2014 by Gareth Prior

Want to know when and where you ride on heritage trams over the next few weeks? Well if you do you have come to the right place as this is your one stop guide to heritage trams in the UK and Isle of Man! This weekend (9th/10th August) sees the second 1940s event of the year take place at the Crich Tramway Village and then there will be a bit of a break until the next special events with Bank Holiday weekend promising to be a busy time once again.

Current Status: Operates Bank Holiday weekends and selected other dates until end of August. Then nightly during the Illuminations (Saturday 30th August-Sunday 9th November – start date to be confirmed) 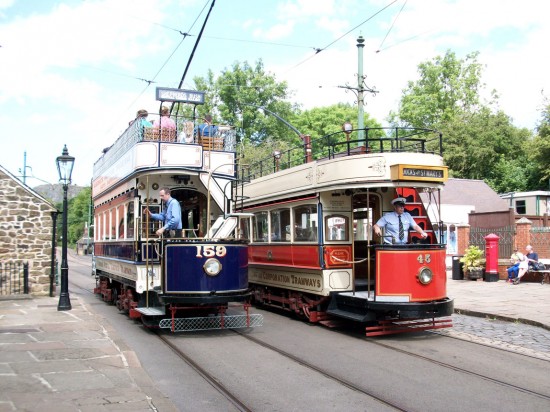 This week we head back to the Crich Tramway Village for a shot of two open toppers in action on 23rd July - London United Tramways 159 and Southampton 45. (Photo: David Beardsell)