We stay in Eastbourne for the latest edition of our archive photo series and this time we feature a tram which may still be in existence today but looks very different – number 12. Today we all know 12 as a double deck tram based on a Feltham but in 1968 it was still in its original format as an enclosed single deck tram.

12 was originally built in 1966 and was fitted with heating for use on cold wet days. At the time it was the only fully enclosed tram built for Modern Electric Tramways (it wasn’t until 1984 when the next fully enclosed tram was to follow when 14’s rebuild was completed). It had a fairly small capacity of 20 passengers but in 1978 the decision was made to rebuild the car into an open top double decker which saw the capacity increase to 50. 12 didn’t become the world’s first open top Feltham until its next rebuild in 1999. 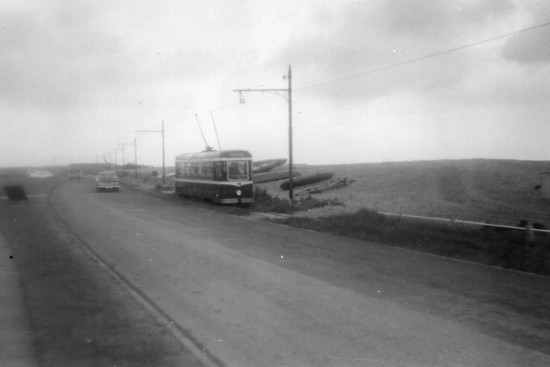