Posted on Friday 4 July 2014 by Gareth Prior

It’s that time of the week again when we provide a round-up of when and where you can ride on heritage trams in the UK and Isle of Man. After a few weeks where nothing major has happened on our tramways it is time to get the cake out as Manchester 765 celebrates its 100th birthday at the Heaton Park Tramway on Sunday 6th July and then it is just a week until the Edwardian Event at Crich (12th/13th July). 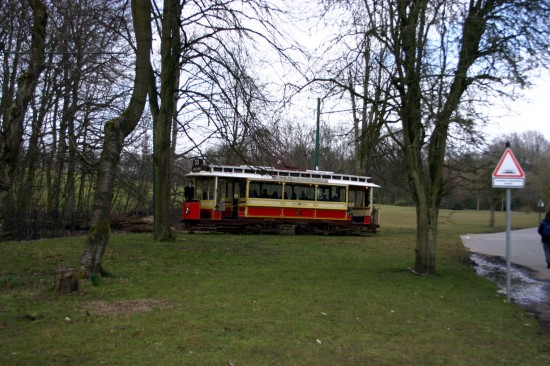 As Manchester 765 prepares for its day in the sun as it celebrates its 100th birthday we take a look back just over a year ago to see the tram leaving the new Lakeside terminus on 24th March 2013. (Photo: Gareth Prior)