In Pictures: Manchester 765 prepares for the party!

Sunday 6th July sees a major event take place at the Heaton Park Tramway to celebrate the 100th anniversary of Manchester 765 and also to welcome this tram back into service following workshop attention. Ahead of its starring role this weekend, the tram has now completed several successful test runs – including its first ever visit to the tramway’s new depot on Sunday 29th June.

On this day, the opportunity was taken to drive 765 into the new Lakeside Depot for the first time, meaning that all of the complete trams on site have now ventured inside the building. 765 also went into the new depot a few days later; on Thursday 3rd July, a small ceremony took place to formally open the depot, with various invited guests in attendance. For the general public, the first opportunity to view the largely completed building will come on 6th July as part of the special event marking the centenary of Manchester 765.

A few more details have now been announced regarding the outline plans for this event. There will be a cake cutting ceremony at 1100, followed by photo opportunities featuring 765 and vintage Manchester buses from approximately 1200 noon, bringing different vehicles used on the famous ’53’ route together for a unique scene. The highlight of the day should come at 1300 with a lineup of local trams at Lakeside, for which 765 will be joined by both Stockport 5 and Manchester 173. It is hoped that both of these open toppers, along with Blackpool Balloon car 702, will be extracted from the depot although in the event of adverse weather conditions it may be necessary to move this photo call inside. Finally, the star of the show will join Blackpool cars 619 and 623 to provide a three-car service from around 1400, and to add to the occasion 765 will be suitably decorated. This should create a very memorable day and it is hoped that plenty of enthusiasts will visit Heaton Park to wish 765 a happy 100th birthday, and to enjoy the various extra activities on offer.

Finally, British Trams Online should be providing live coverage from this event on the day on our Facebook page, so if you can’t be there in person be sure to take a look for our exclusive photo updates during the day! 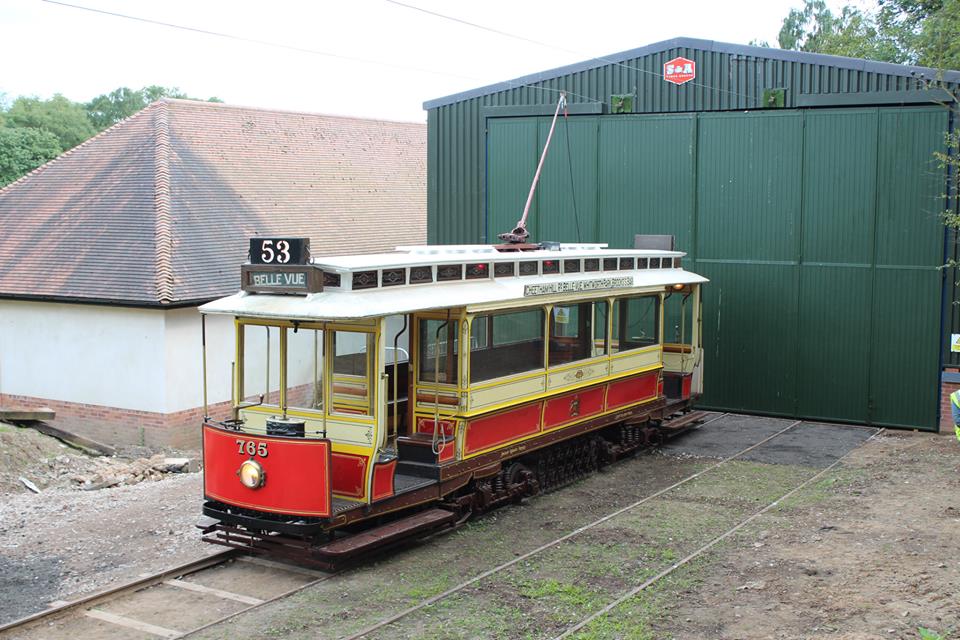 An unusual view of Manchester 765 on its first visit to Lakeside Depot, on Sunday 29th June. 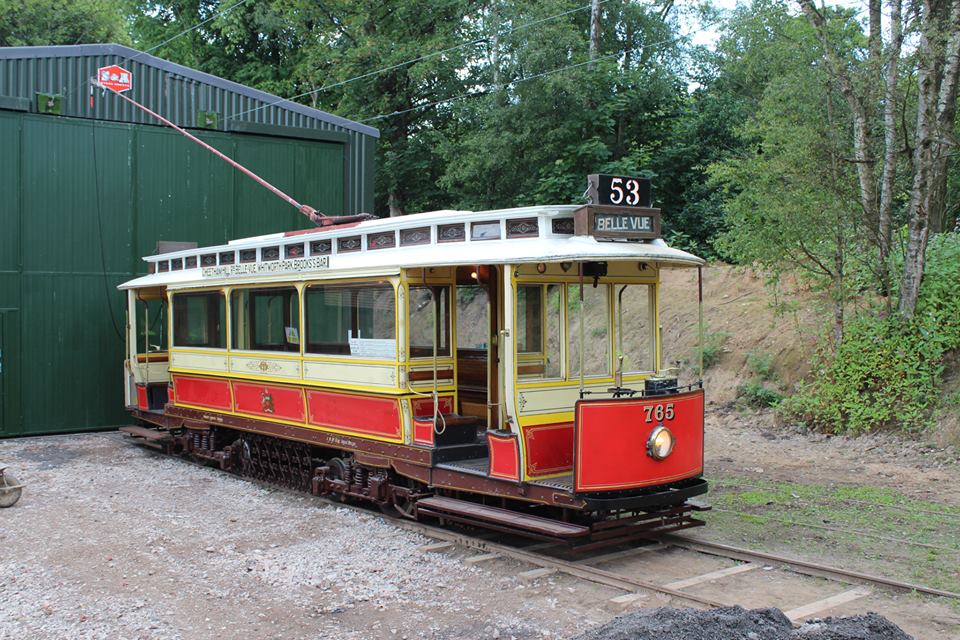 Another view of 765 at Lakeside, which also serves to illustrate the fantastic work carried out by volunteers to restore the area to a presentable appearance, with the area in front of the new depot looking particularly impressive. 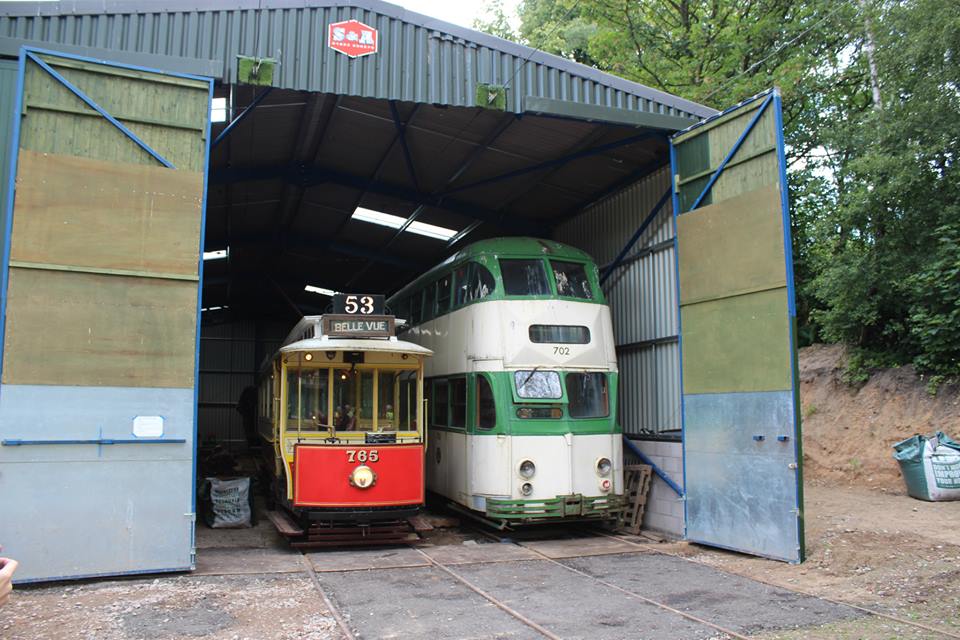 Haven't we met somewhere before!? 765 is reunited with Blackpool Balloon 702 inside Lakeside Depot. This pair last met in Blackpool in the 1980s during 765's first visit to the seaside. (Photos x 3 by Joe Savage)