Posted on Sunday 6 May 2012 by Andrew Waddington

The May Day Bank Holiday weekend is traditionally the time when the Fylde Tramway Society host their annual Convention weekend, with a series of entertaining events for Society members as well as their Annual General Meeting. Although due to a lack of platform staff, Blackpool Transport were unable to offer tram tours as part of this year’s package, there has been plenty of excitement on the tramway to compensate for this.

Arguably the most interesting event of the weekend did not involve any of the retained heritage trams which were used in service, but instead it was Flexity 008 which tried to steal the show. Due to late running at around lunchtime on Saturday 5th May, this car was terminated at Pleasure Beach on a southbound run, travelling around the outer loop before heading back north, but even then it only managed to get as far as Fisherman’s Walk to recover lost time. Whilst this movement may not seem particularly interesting, this is believed to be the first time that a Flexity2 tram has used the Pleasure Beach loop whilst employed on service. Some of the class are thought to have used one or both of the loops whilst on test before the tramway officially re-opened to passengers, although this writer has not seen any photographic evidence to confirm this. If anyone knows of any previous passenger workings by the new trams turning back at Pleasure Beach, please get in touch with us.

The heritage service was well patronised over the weekend thanks to a generous deal allowing FTS members to purchase tickets for the tours in advance at a discounted price, and hopefully some of the enthusiasts who were tempted to try out the new tours will have enjoyed themselves enough to make these trips part of any future visits to Blackpool. Saturday 5th May saw Open Boat 600 in use for normal passengers for the first time in 2012; prior to this the only Blackpool Boat car to have run in service this year was car 233/605 at Beamish Museum. The following day saw the illuminated Western Train 733+734 also debut on the heritage tours, and it also became the first tram with a three person crew to run on the tours, as double-deckers 706 and 717 have run with just one conductor on board due to the ‘limited stop’ nature of this service. Sadly the Train was only out for about an hour before it failed and had to be towed to the depot by a Unimog, with Bolton 66 being sent out in its place, until it too was replaced by Boat 600: a popular choice due to the bright sunny weather. Hopefully future outings for 733+734 will be more succesful as they always cause heads to turn and could well attract extra customers to board, compared to some of the other available trams. 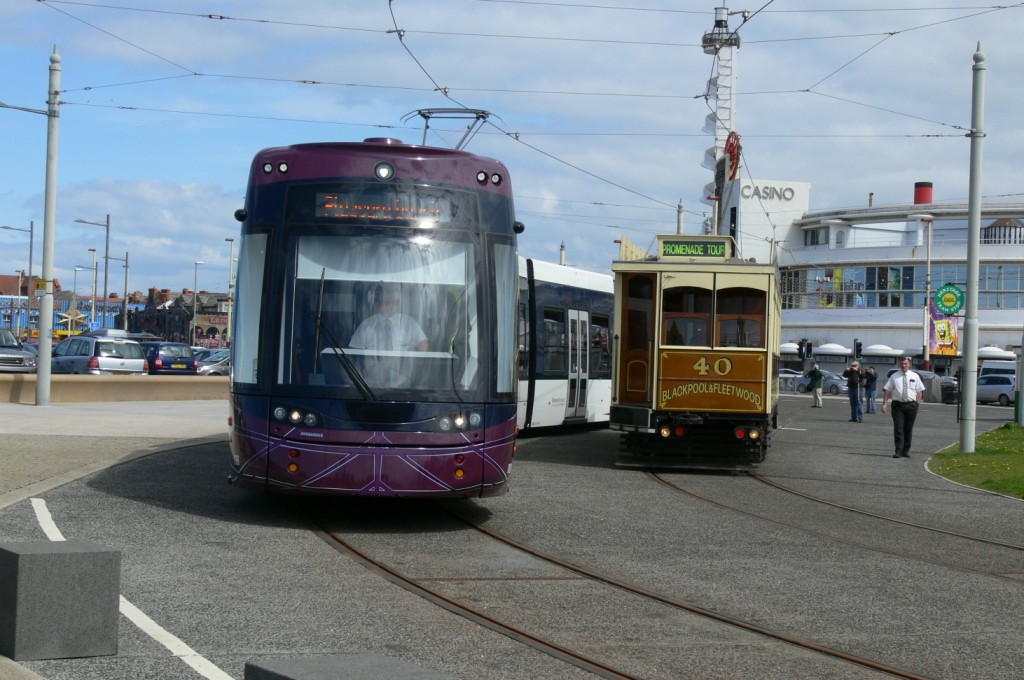