It’s that time of the week again when we provide a round-up of when and where you can ride on heritage trams in the UK and Isle of Man. Another quiet week is on the horizon with just the usual operating pattern across the country although it is just a week now until the Blackpool trams come out to play again and the East Anglia Transport Museum also host their next special event.

Sunday 22nd June: Totally Transport with a 3 tram service planned including operation to Starr Gate for the first time since the upgraded tramway opened. Full preview at http://www.britishtramsonline.co.uk/news/?p=7853 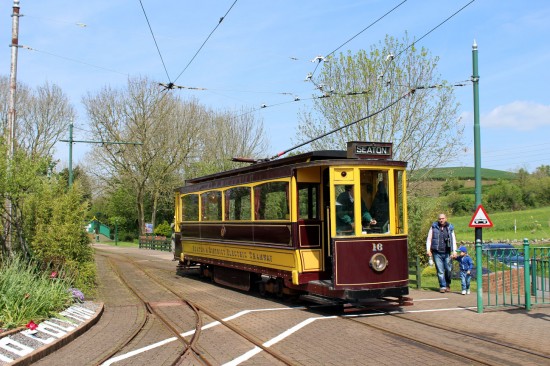 The photo on this page comes from the Seaton Tramway with a shot of one of the "real" trams on site - the delightful ex-Bournemouth tramcar, numbered 16 in the Seaton fleet. It is seen here using the trolley reverser at Colyton on a sunny 3rd May. (Photo: Gareth Prior)