Two more all over adverts for Nottingham

The ever changing liveries of Nottingham Express Transit has taken another twist with the last couple of weeks seeing two more all over adverts unveiled. 207 has lost its strange all over blue livery in favour of an advert for Pay Point whilst 209 has quickly lost its ad for the Milk Race for one advertising Trent Barton Mango tickets.

207 was the first of the trams to enter service with it first being spotted at the start of last week in its white and yellow advert for Pay Point. This means that the all over blue livery it has been carrying since mid November 2013 is no more and all of the Incentro trams now either carry all over adverts or fleet livery following several plain base liveries over the last few months.

Then on Thursday 5th June 209 debuted in a new all over advert for the Trent Barton Mango tickets. This tram had been carrying centre adverts for The Milk Race up to and including Tuesday 3rd June so its change of livery was a quick switch. The previous lime green ends have been extended to cover all but the centre car which now carries adverts for the Mango tickets.

Meanwhile testing of the Alstom Citadis trams continues during the day with 15 of the vehicles now having been delivered to Nottingham with just a further seven due to arrive. A summer date is still expected for their entry into passenger service. 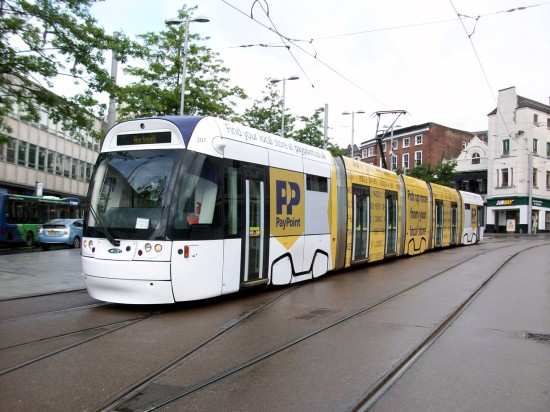 207 shows off its new livery in Old Market Square. Note that there is still evidence of its previous blue livery. 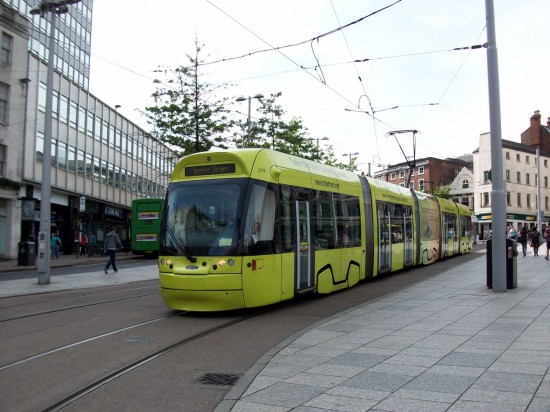 The second of the new liveries is carried by 209 and this too is seen in Old Market Square. 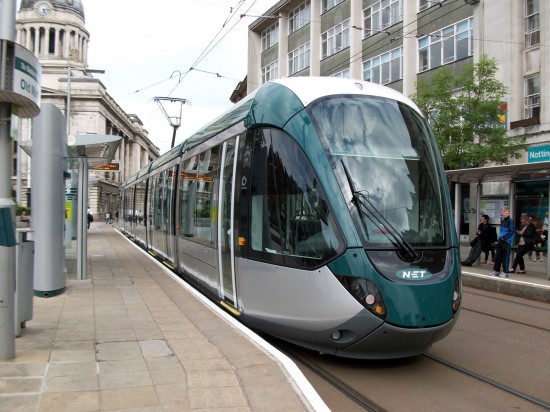 Testing of the Citadis trams continues during the day. This is 217 standing at Old Market Square. (All Photos: David Beardsell)