The last couple of days has seen the operational M5000 fleet on Manchester increase first to 81 and then to 82 with the entry into service of 3062 and 3083. The introduction of 3062 into service comes some 18 months after it was delivered to Manchester and follows significant rebuilding following the vehicles use as a spares donor to keep other members of the fleet operational.

3062 was the first of the LRVs to carry passengers with it being allocated to the Piccadilly to MediaCityUK service on Thursday 5th June. It has spent the past three months inside Trafford Depot’s workshops being rebuilt and following test runs in the past week or so it is now cleared for service. Like all other recent vehicles to enter service it is not fitted with ATS/VRS equipment and so is limited to certain routes. Its second day of service – Friday 6th June – saw it running on the Eccles to Ashton-under-Lyne route.

Friday 6th June also saw the entry into service of 3083 with this vehicle also being allocated to the Eccles to Ashton-under-Lyne service although it only lasted briefly before returning to depot due to a fault with its displays. Again 3083 joins the non ATS/VRS equipped fleet. 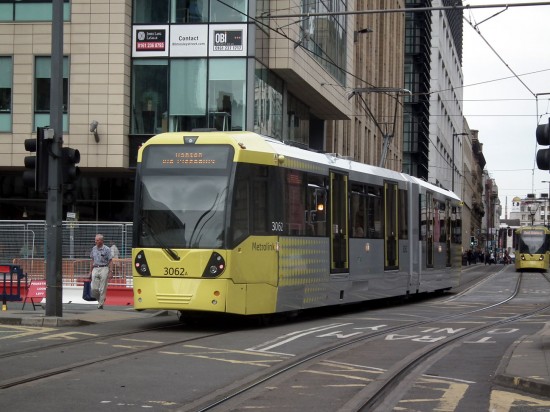 Its taken some time but 3062 has finally carried passengers in Manchester. On its second day of use we catch up with the LRV in the city centre on its way to Ashton. 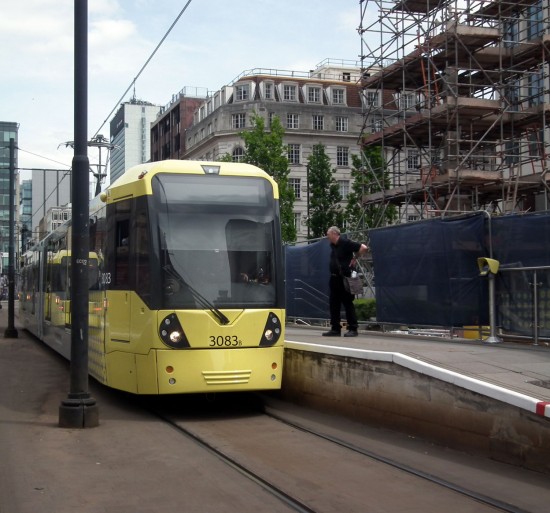 3083 entered service briefly on 6th June but was taken out of use due to problems with its destination displays. It is seen here calling at St Peter's Square. (Photos: Steve Kemp)