‘Trams of the World’ for Fleetwood tourist attraction?

Posted on Tuesday 1 May 2012 by Andrew Waddington

The Friends of Fleetwood Trams have recently announced more details about their long-term plans as part of a group of organisations and individuals, working under the banner of the Fleetwood Heritage Leisure Trust. The group aims to contribute significantly towards regenerating the small coastal town with a series of exciting projects to capitalise on Fleetwood’s heritage, in an aim to encourage more visitors to the northern end of the tramway, and have launched a new website explaining their aims.

The plans are following a very ambitious timescale which will focus on the redevelopment of a number of buildings in Fleetwood, starting with the former Copse Road tram depot which will hopefully become a museum, with work due to start later this year. Afterwards focus would then switch to the derelict Orion Building near Ash Street, which the Trust hope to renovate for use to house a display on the history of Leyland vehicles in partnership with the British Commercial Vehicle Trust. More trams from the ‘Friends’ collection could also be housed here and it is hoped to have this project completed during 2013 – although no funding has been sourced for either building as yet.

Further plans for the next few years include a display on fishing heritage, the acquisition of three further trams (probably from overseas) and perhaps most intriguingly, a new heritage tram line in Fleetwood! This is being dubbed ‘Trams of the World – Waterfront Heritage Line’, and quite amazingly the Trust expect this to open in 2016. This seems an incredibly optimistic deadline by anyone’s standards – especially as the group admit that their primary aim for 2012 is to raise £6,300 which is primarily to pay off existing debts.

Turning to the vehicles themselves, and exciting plans have now been revealed regarding most of the tram collection. We have already reported that Blackpool Brush Railcoach 627 is to become the ‘Diamond Jubilee Tram’ and work on transforming it has already begun at Kirkham Prison, before the tram goes on display as part of this year’s illuminations. Planned future projects include returning Balloon car 726 to wartime green livery, and restoring both Brush car 621 and Centenary car 641 to near-original condition. Other trams, such as Centenary car 646 and Twin Set 673+683, are likely to remain in their current condition to illustrate more recent fleet developments. This should result in a very colourful and varied selection of trams, but once again external funding will be needed if these plans are ever to become a reality, especially if the trams are to be restored to full running order. Whilst 646 and Jubilee car 761 ran right up to the end of the 2011 season, some of the others are in poor condition and would need extensive work to be made fit to carry passengers again. Companies are being invited to sponsor a tram and Paul Gaunt furnishings are supporting the preservation of car 646, which will therefore retain their advertising livery for the forseeable future.

There are a number of different appeals which supporters can donate towards, ranging from funds for individual trams to a ‘depot doors appeal’! The downside of this is of course, that each fund may attract some donations, but not enough for any one project to be fully funded. Of course British Trams Online is keen to see any projects involving preserved trams succeed, and if even some of what the Fleetwood Heritage Leisure Trust have planned comes off, this would be fantastic both for the trams involved and for the town of Fleetwood as a whole. However, it must be hoped that the people involved will be able to impress some wealthy sponsors with their ambitions, otherwise much of what is written about on their new website could remain a pipe dream.

For anyone who wants to find out more about the Fleetwood proposals, or make a financial contribution, please visit: http://visitfleetwood.co.uk/ 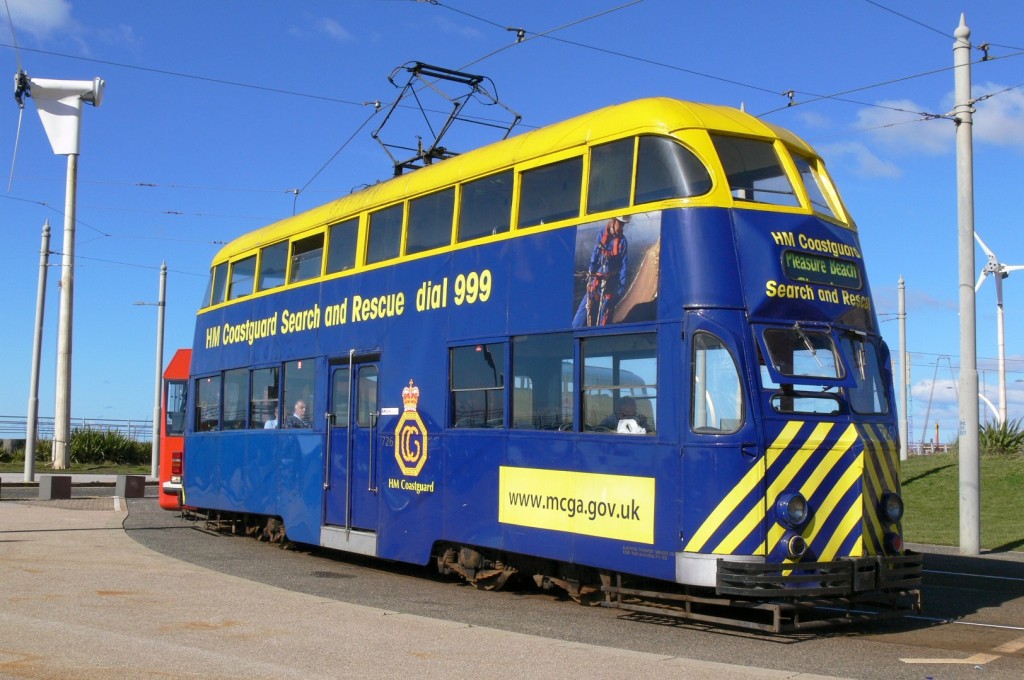 A classic scene of Balloon car 726 in HM Coastguard livery on 25th September 2010. Now preserved, this tram could be restored in wartime style livery. (Photo by Andrew Waddington) 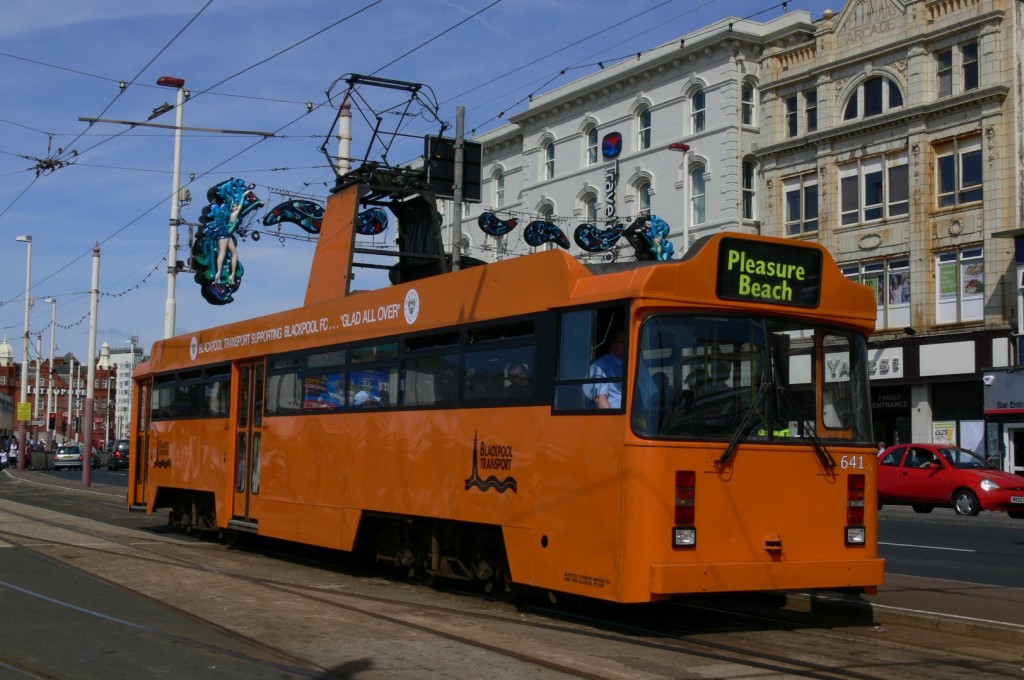 Also seen in 2010, Centenary car 641 currently wears this plain orange livery. Plans have now been revealed to restore this tram to its original 1984 condition by its new owners. (Photo by Andrew Waddington)

2 Responses to ‘Trams of the World’ for Fleetwood tourist attraction?