Ahead of the commencement of the 2014 operating season on Sunday 30th March, the Heaton Park Tramway played host to a very special guest on Friday 28th March, when the Mayor of Manchester paid an official visit to the tramway. Whilst Blackpool Vanguard 7/619 was used for this visit, Manchester 765 also played its part in the day’s festivities.

It may be remembered that 765 has been out of service over the winter period undergoing an overhaul, which led to the car being raised on jacks so that its bogies could receive some well-deserved attention. However, it was felt that the flagship of the Heaton Park fleet should be available for display on the occasion of the Mayor’s visit, and so a concerted effort saw the car reunited with its trucks on 25th March. As well as various parts being cleaned and overhauled, the truck frames have been repainted along with other fittings such as the dog gates, and this should result in a very smart looking 765 being back in service by the summer. Although there remains some work to finish, including further attention on the tram’s electrical equipment, the project has progressed very well so far and it is to the credit of the teams of volunteers who have worked on it that the car was able to be posed for photographs with the Mayor and other dignities in fine spring sunshine, even though the overhaul is not yet complete. The tram was actually towed out of the Middleton Road depot on this occasion, but it should not be too long before it is capable of moving under its own power once again, ahead of a planned event to celebrate its centenary year which is due to take place on 6th July. 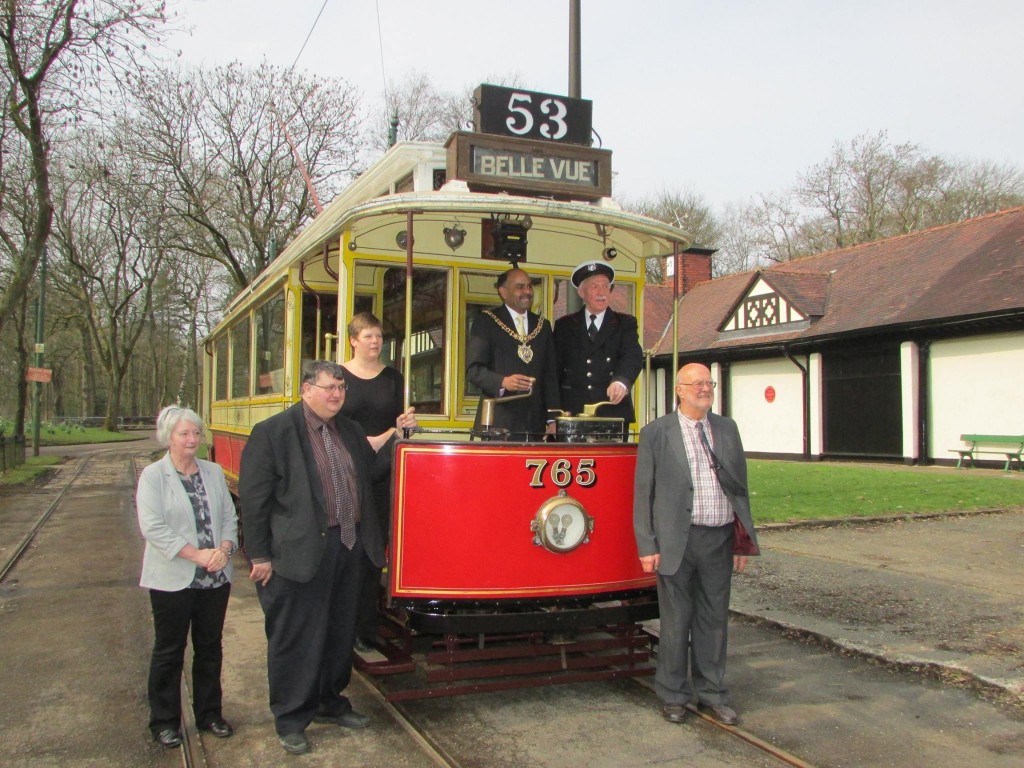 The Mayor, representatives of the Heaton Park Tramway and other dignitaries pose with Manchester 765 during the mayoral visit to the park on 28th March. 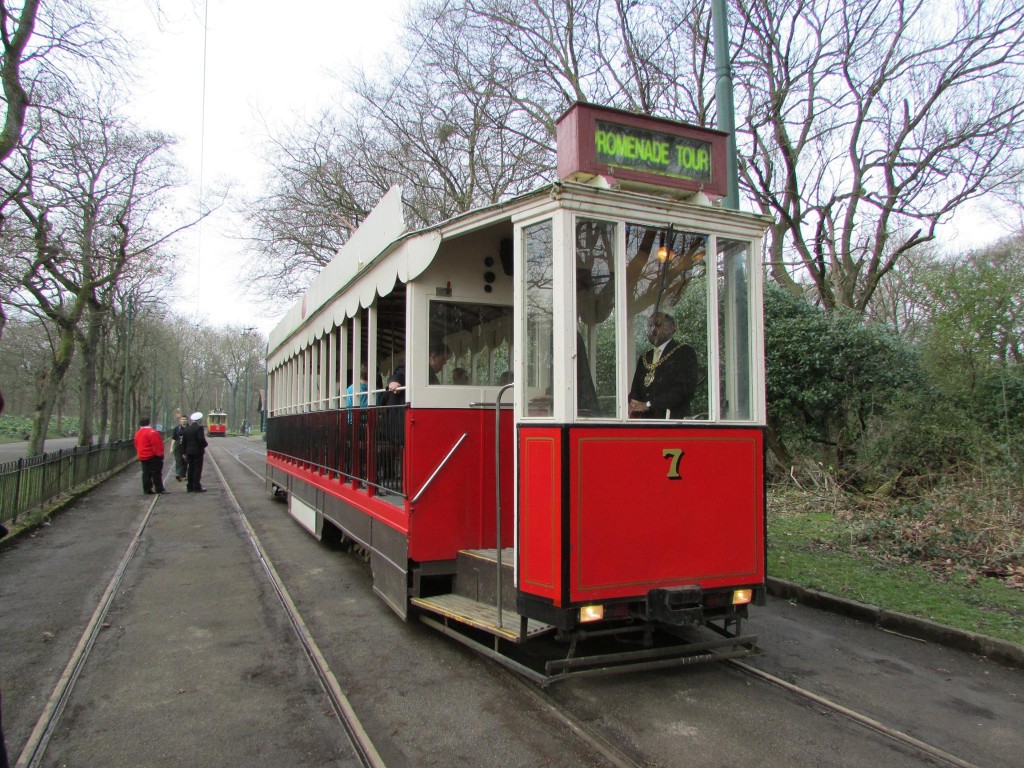 As 765 is still incomplete, the guests were treated to a ride on car 7 instead - seen here with the Mayor taking to the controls near the Middleton Road terminus. (Photos by Lee Shaw)