Nottingham Express Transit is rapidly taking on the mantle of the most colourful tramway in the UK with another all over advert debuting this week, although this one – on 207 – has yet to be completed. The tram is currently operating in all over purple with adverts for The Snowman featuring above the windows at one end.

207 has undergone the full interior refurbishment and it is believed that it has been pressed back into service ahead of schedule following at least one tram failure in recent days. It will presumably return to the workshops in the next few days/weeks to have the full all over advert completed.

This new livery means eight different liveries are currently being carried on the NET fleet with two remaining in the original fleet livery, seven in the new livery plus six all over adverts (Nottingham Contemporary, Glide into Nottingham, EON, Christmas, Alstom and this one). In fact it could be argued that nine different liveries can be seen in Nottingham as 213 has recently been seen with a lower green panel on both sides with the NET logo. 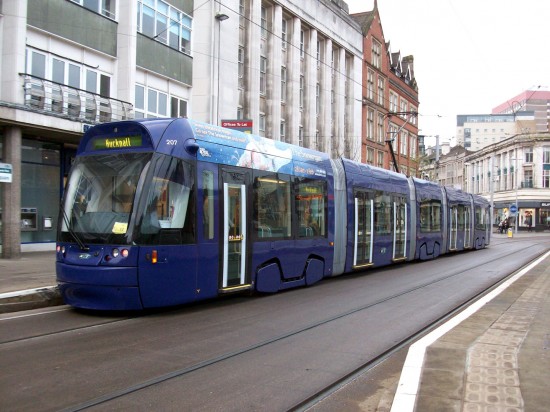 The new look 207 at Old Market Square with the adverts for The Snowman evident at this end. (Photo: David Beardsell) 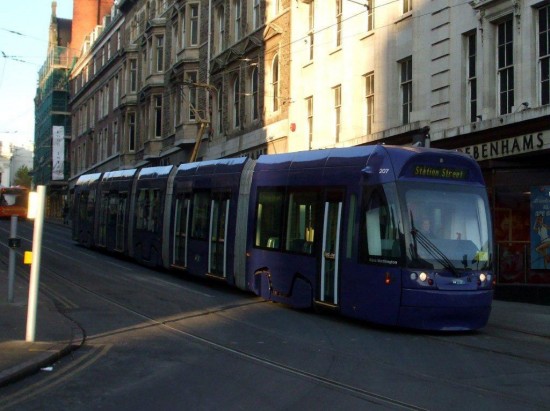 Another view of 207 as it approaches Old Market Square. (Photo: Bob Gell) 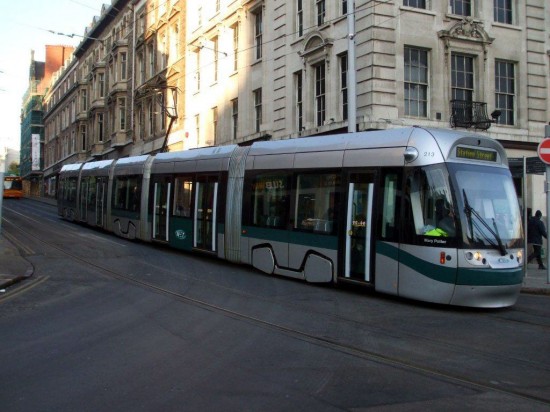 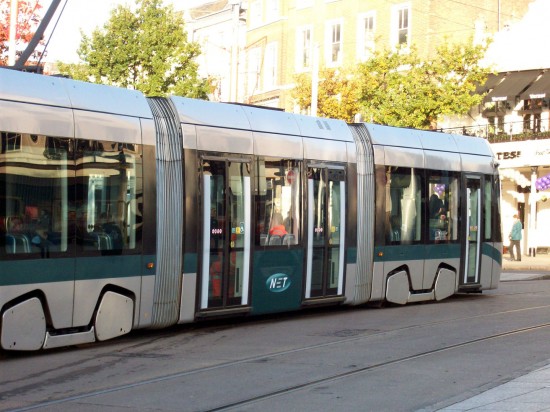 A close-up of the green central panel on 213. (Photo: David Beardsell)