The latest progress on the construction of the new Lakeside Depot at Manchester’s Heaton Park Tramway, has seen the laying of breeze blocks around the perimeter of the building. Having only begun this task at the start of this week, a huge number of blocks have already been secured in place, bringing this exciting development another step towards completion!

It is hoped to have all of the breeze blocks in place by the end of this week – i.e. 25th October. This will then mean that the structural work on the new depot will be essentially complete, allowing all efforts to be concentrated on the important finishing touches to allow the building to be used for its intended purpose, including the laying of further track and the erection of overhead wire. Although potentially trams could be moved into the depot without wires in place, this will obviously make tramcar movements much easier and therefore this job is likely to be a high priority. The cherry picker acquired by the tramway some time ago is expected to play a major role here, having recently been approved for use. A small rail-mounted trolley has also been used to move the breeze blocks into place (as pictured below), once again showing the ingenuity of the tramway’s dedicated volunteer workforce. 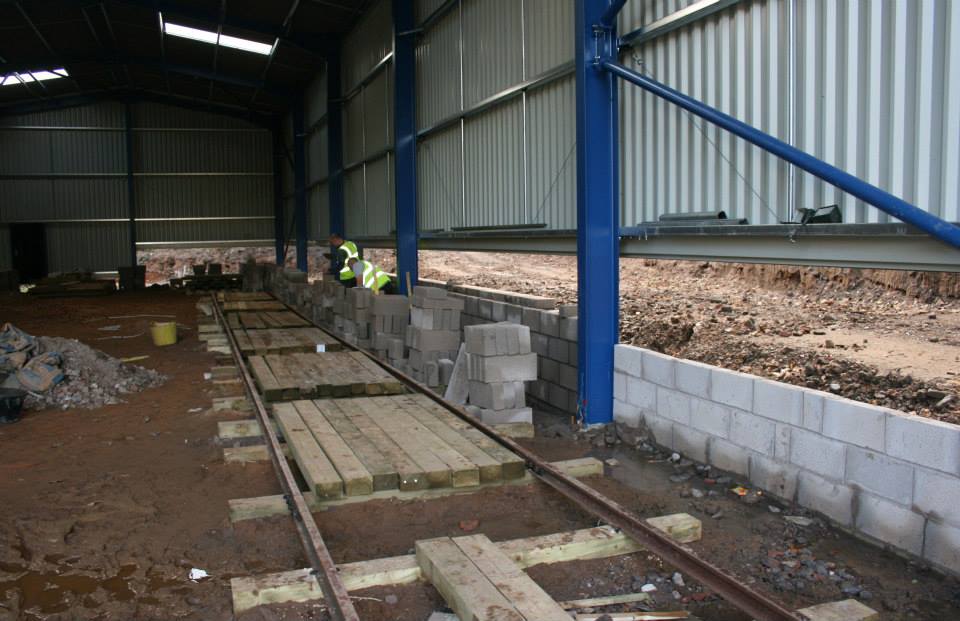 The recent incredible progress on Lakeside Depot can be appreciated by looking at this image from 22nd October, showing how far the track has been laid into the depot. A good number of the breeze blocks are also visible. (Photo by Joe Savage) 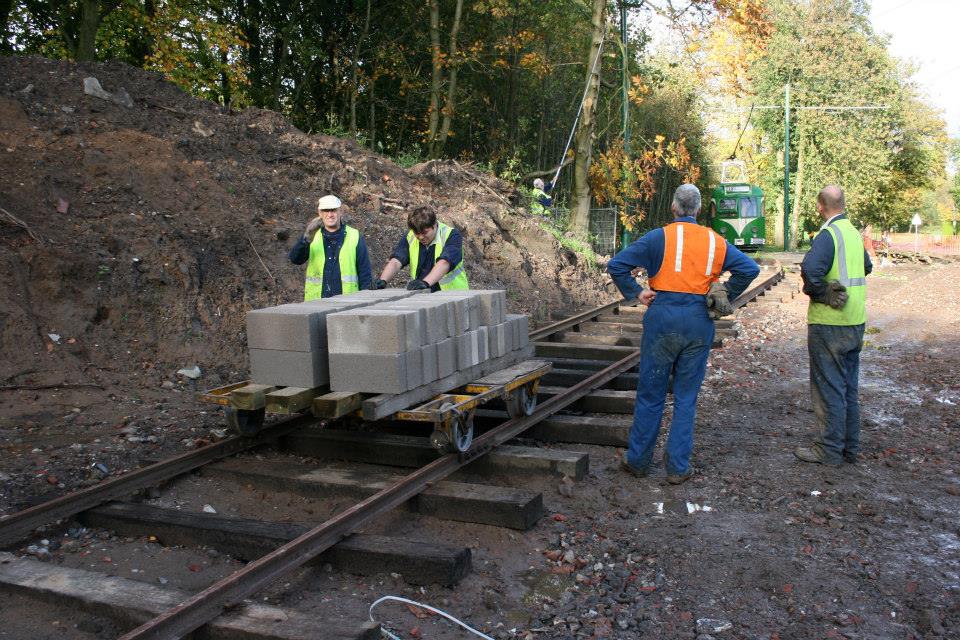 An alternative form of railed transport at Heaton Park is seen being used to transport breeze blocks to their final position at the building site! (Photo by Joe Savage)