With several Blackpool trams recently arriving at the Sunderland premises of the North East Land, Sea & Air Museum, this seems like an appropriate time to feature one of the recent arrivals in service at Blackpool, in our occasional series of archive pictures. This week we catch up with Blackpool Twin Set 674+684, exactly a decade ago, in the summer of 2003.

The Twin cars enjoyed a bumper season in 2003 thanks to the poor condition of track north of Thornton Gate, which led to a ban on double-deckers running along this section of the tramway. As a result, the Twin cars were employed on the timetabled Starr Gate to Fleetwood service on a regular basis that year, with the Balloons very much taking a back seat. Some of the Twin sets were also treated to mini-overhauls and repainted in the Metro Coastlines bus liveries of the time, with 674+684 being the third so treated. The attractive Line 14 colours of Cadbury purple and yellow were chosen, with the shade of yellow seemingly being slightly darker than on its sisters. Having operated at Easter with a number of undercoated panels, the new look set 4 debuted in service during June and was then a common sight for the rest of the year.

The duo then settled back down into less extensive use after major track renewal allowed the Balloons to return to Fleetwood from Easter 2004. It later sadly became the first of the Metro liveried Twin sets to be withdrawn from service after seeing occasional service in 2008, but remained complete and was stored until summer 2012, when 674 and 684 departed Rigby Road separately for storage at Gateshead, after being sold to the North Eastern Electrical Traction Trust. More recently the trams were moved to Sunderland and parked nose-to-nose, although they have not yet been recoupled. Eventually they are expected to regain an earlier green and cream livery, probably in the 1990s style which is depicted on one of their sisters below for comparison. 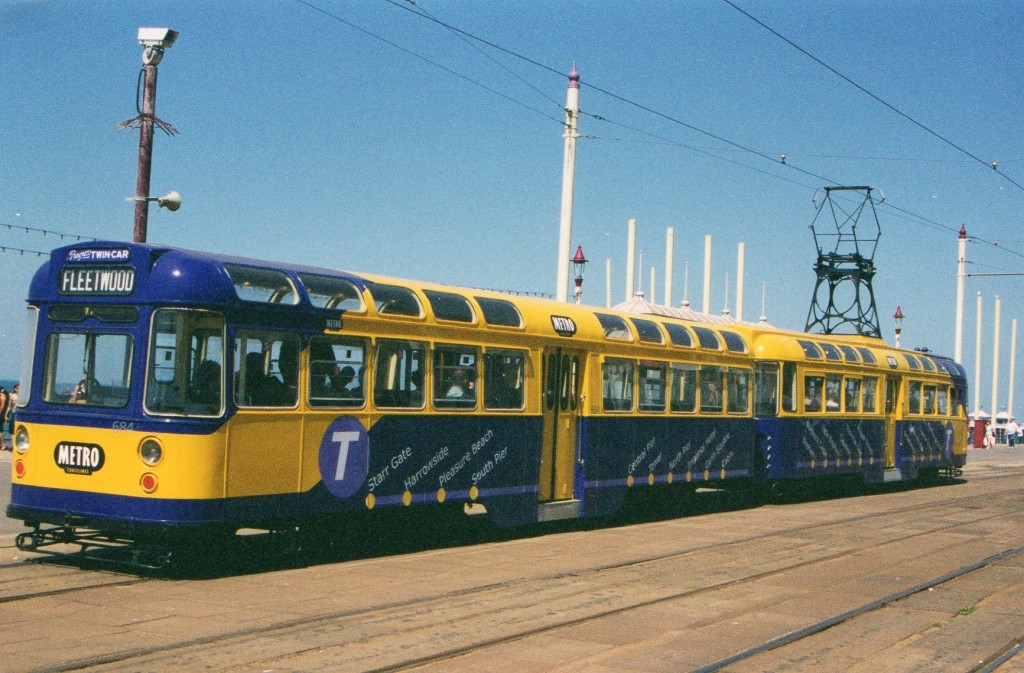 A typical day at Tower in summer 2003, with a newly painted 674+684 on their way to Fleetwood whilst on timetabled service. (Photo by Tony Waddington) 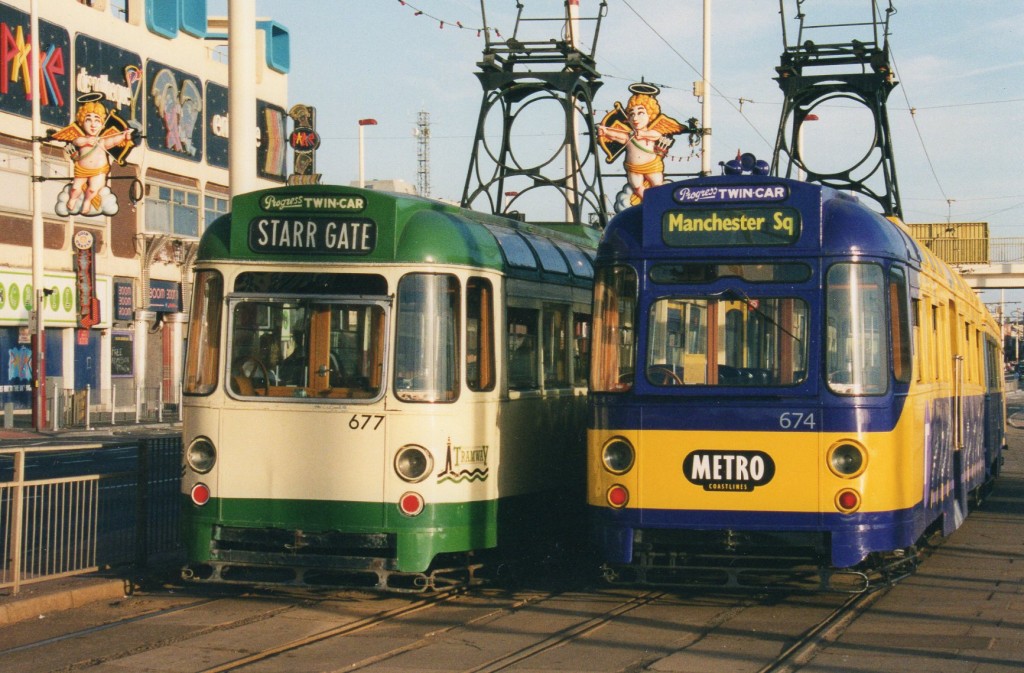 An early evening scene at Tower with 674+684 on the centre track (now removed) as passengers transfer from a defective 677+687, which retains the 1990s livery. 677 was of course used to provide parts for the Western Train restoration project and the remains were broken up. (Photo by Tony Waddington)

This entry was posted in North Eastern Electrical Transport Trust, Picture in Time. Bookmark the permalink.