We’ve been bemoaning the apparent lack of any form of tram movement on the West Midlands Metro in recent weeks – with a target of reopening by the end of May we had expected there to be some runs to keep driver competency up and also to test any repaired trams – but the last few days have started to see a few movements with Urbos 100 trams being used. Its thought that these runs are no more than driver familiarisation and are not running the full length of the tramway.

Friday 13th May didn’t seem to be a particularly unlucky day for the West Midlands Metro (granted there were still no passenger trams but as that’s being going for months it wasn’t an especially unusual day) and three Urbos 100 trams were in use on these familiarisation runs. The three were 39, 40 and 43.

Of interest is that aside from 37, no Urbos3 trams have been noted running on the line since the service was suspended. With 12-15 trams said to be needed to run a service and with only 8 Urbos 100 trams being in the West Midlands at least 4, if not 7, of the Urbos3 will have to be cleared for service by then.  There remains no official word from West Midlands Metro on a date for services to resume with the last mention being “by the end of May”. 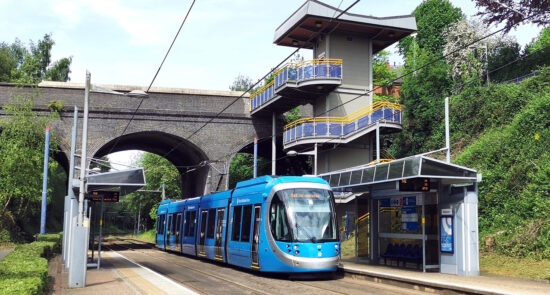 43 was also out and spotted at Lodge Road. 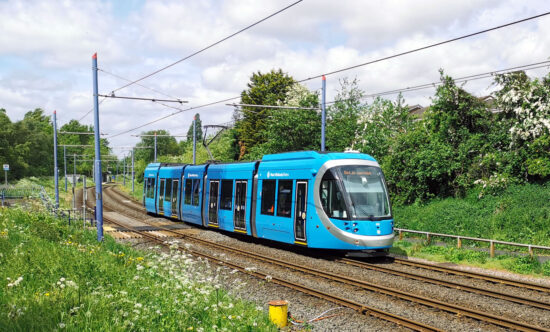 The third of the trams on these driver familiarisation runs was 40. (All Photographs by Andy Walters, 13th May 2022)