In Pictures: Trams on test in the West Midlands

Posted on Wednesday 11 May 2022 by Gareth Prior

We’re promised that by the end of May there will once again be a tram service running on West Midlands Metro (although we’ve had promises like that before). In preparation it is presumed that the next few weeks will see an increase in tram movements as drivers are refreshed and also as the repaired Urbos3 are put through their paces ahead of being cleared for service. On Sunday 8th May a small selection of the newer Urbos 100 trams were out on test as captured by Andy Walters.

On this day three Urbos 100 trams were said to be out on test with 39, 40 and 43 all in use. However, during a period of observation 43 was not noted by our correspondent with just 39 and 40 shuttling along the line. Its not quite known how far along the line they went although time between observations would suggest they only reached St Chad’s in the Birmingham direction. And possibly just Wednesbury Depot in the opposite direction. 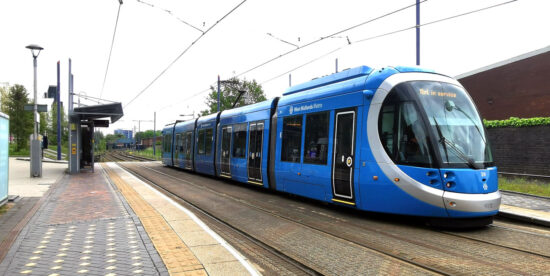 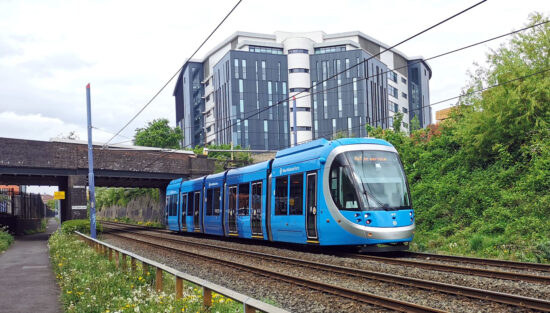 The second of the Urbos 100 trams seen was the next number in sequence, 40. It has just come under Spon Lane in West Bromwich. 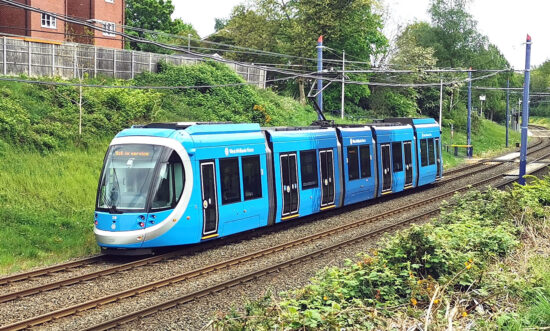 Another shot of 39 as it heads through Kenrick Park. 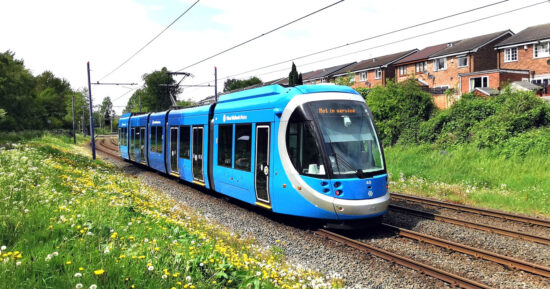 40 concludes this set as it heads back past the camera. (All Photographs by Andy Walters, 8th May 2022)