“Picture in Time” moves on to feature Nottingham Express Transit this week.

This photo was taken on 10th June 2005 by which time the Nottingham Express Transit system was into its second year of operation. It remained as it was when it opened in March 2004 – running from Station Street to Hucknall and Phoenix Park with a fleet of 15 Bombardier built Incentro trams. We see 214 here which is calling at Old Market Square on the way to Station Street.

As with all trams in Nottingham 214 is named. It carries the name Dennis McCarthy who was a presenter on BBC Radio Nottingham for 25 years. 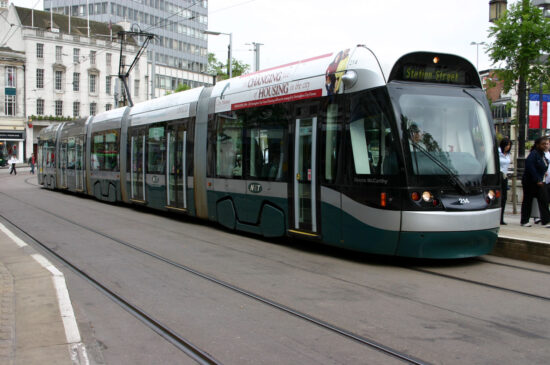