In Pictures: The trams at London Transport Museum’s Acton store

When the London Transport Museum in Covent Gardens last underwent a major redevelopment between 2005 and 2007 there was a major change in emphasis and reduction in large items on display which saw two of the trams previously on view being moved to the Acton store. Those two trams – including one of only three surviving Feltham trams in the world – can be seen at Acton during their relatively regular open days and in this article we take a look at the two.

The Feltham dates from 1931 by UCC at Feltham and entered service for MET out of the Finchley depot. Upon takeover of the tramway by London Transport it was renumbered 2099 and was sold to Leeds in 1949. It had 10 more years in service in West Yorkshire before being withdrawn and then received its original livery again.

1025 was built in 1910 by Hurst Nelson and was one of 1,050 similar trams built for London County Council Tramways between 1907 and 1930. It remained in service until January 1952 (not quite seeing the end of trams) before being withdrawn. It is preserved in its final condition with windscreens fitted and in London Transport livery. 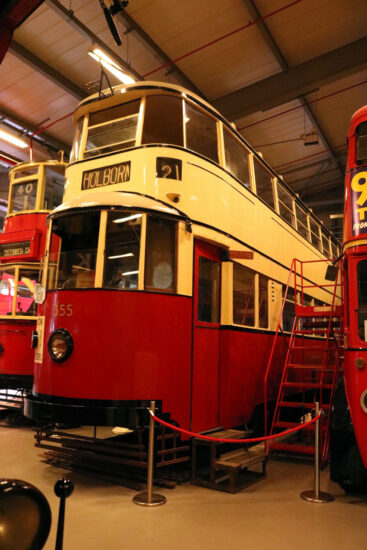 With it being a museum store the exhibits are rather cramped making photography difficult. This image shows 355 – a tram which will be familiar to many model collectors with one of the Corgi models depicting this vehicle. 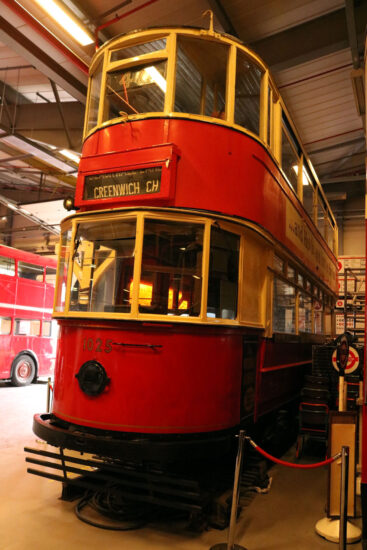 This entry was posted in London Transport Museum. Bookmark the permalink.

7 Responses to In Pictures: The trams at London Transport Museum’s Acton store