Posted on Wednesday 30 March 2022 by Gareth Prior

The number of trams commissioned for service at the Crich Tramway Village is continuing to increase with the last few days of March seeing not one but two returnees to the operational fleet – Sheffield 510 and Metropolitan Electric Tramways 331. Whilst 331 ran last year for the Sheffield Roberts Car it was its first use since October 2019 with it having missed the last two seasons.

510 was the first of the two trams into service with it being allocated to service on Sunday 27th March where it was running along with Leeds pair 345 and 399. Performing immaculately 510 was back in service the following day where it was again out with two Leeds cars, although this time it was 180 and 345. With a reduced operating fleet needed during 2020 and 2021, 510 had not been commissioned for service in either year but the popular double-decker was included on the list for this year and has now been one of the early season cars to run.

Then on Tuesday 29th March and Metropolitan Electric Tramways 331 became the seventh main passenger car to have run in 2022 when it was chosen to run with Blackpool 167 and Leeds 345.

The seven trams to have now run are Blackpool 167, Leeds 180, Leeds 345, Leeds 399, Sheffield 510, Blackpool 630 and Liverpool 869. All completely enclosed cars with the weather not yet having really leant itself to some of the more “exotic” open trams! 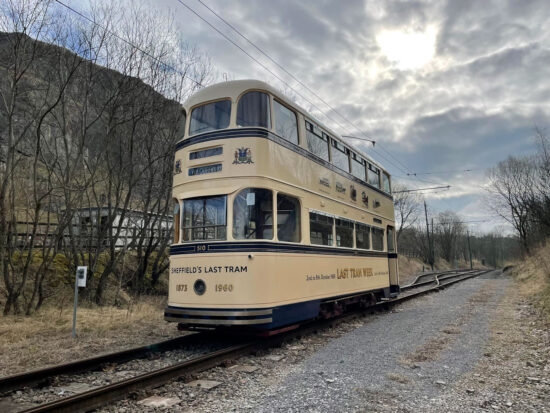 Back in service for the first time since 2019, Sheffield 510 gets ready for a day of action. 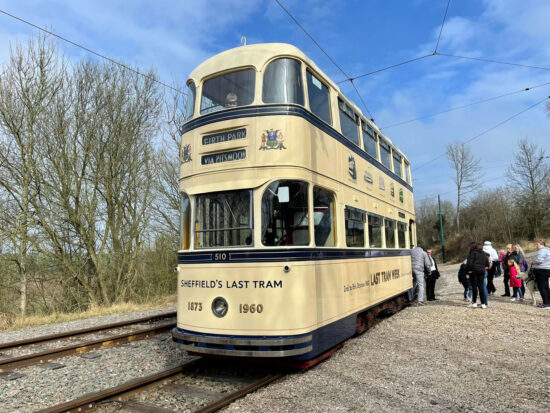 Glory Mine with passengers alighting and more waiting to board – a scene not seen on a regular basis since pre-pandemic. 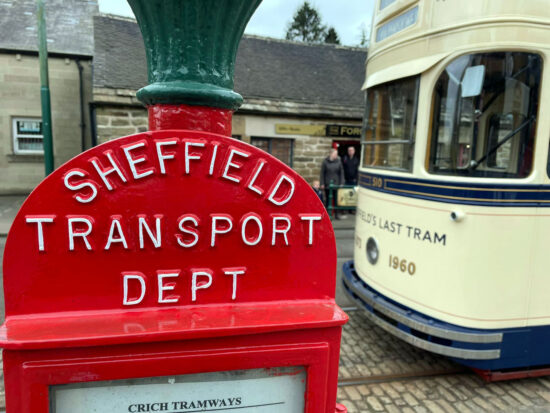