In Pictures: More disruption for the Blackpool Tramway

Posted on Wednesday 23 February 2022 by Gareth Prior

In perfect timing for enthusiasts who attended the Vintage Weekend in Blackpool over the weekend of 19th and 20th February, but not so much for those who rely on the main tramway service year round, the Blackpool Tramway was again suspended because of the latest storm (Franklin this time if you are struggling to keep up with their names as they come thick and fast at the moment) for a time on Monday 22nd February.

The high winds being experienced – combined with a high tide – meant that the decision was taken to suspend the service which runs for a large proportion on the exposed seafront and cliff top for safety reasons. This time it was also reported that in addition to the safety concerns there were some issues with the overhead wire. The service was able to resume from approximately 1430 between Starr Gate and Fisherman’s Walk (which remains the northern terminus as works continue along Lord Street to replace the gas mains).

Tours at Blackpool’s Tramtown (aka Rigby Road Depot) were also cancelled on the day to allow for a safety inspection to take place. The main depot was unscathed by the high winds although some damage was seen on the Fitting Shop. 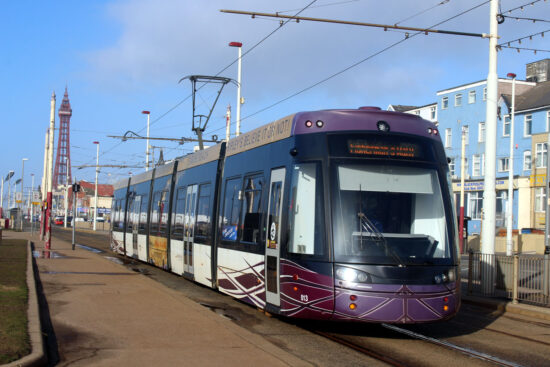 013 at around 1450 at Manchester Square just after the service has resumed. 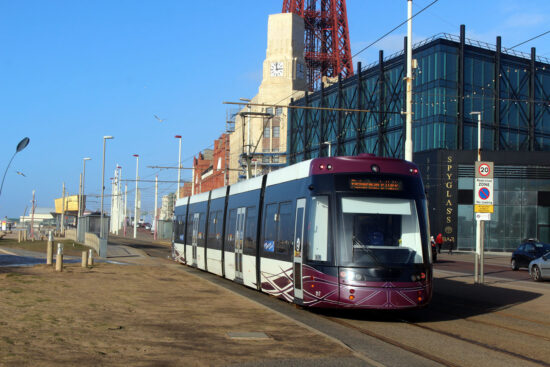 Then around 10 minutes later and we see 017 also heading north, this time just approaching Tower. 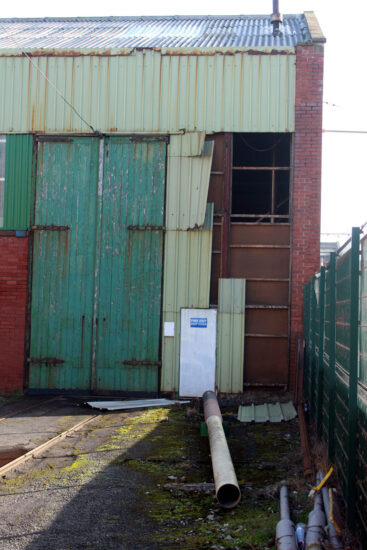 Damage seen on the north end of the Fitting Shop. (All Photographs by Tony Armitage, 21st February 2022)