In Pictures: Road-Rail Works Vehicle out on the Blackpool Tramway

Posted on Thursday 28 April 2022 by Gareth Prior

The Blackpool Tramway has always had a varied works car fleet. In the earlier days of the tramway many of the works fleet were converted withdrawn passenger trams but as technology has developed there has been a bigger reliance on purpose built vehicles – several of which have been road-rail vehicles allowing them (surprisingly enough) to run on both the road and rails. We’ve regularly seen some of the fleet numbered Unimogs of these pages but one vehicle which hasn’t featured a great deal is the unnumbered vehicle with the registration number MX14 LRJ. 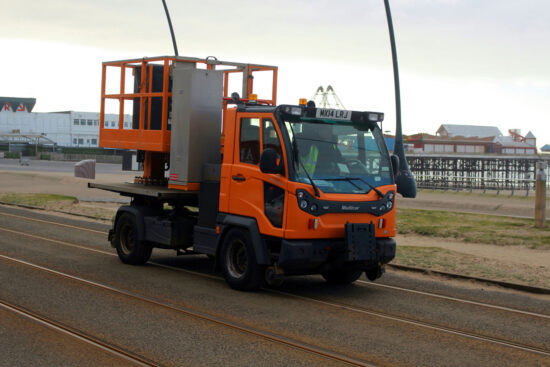 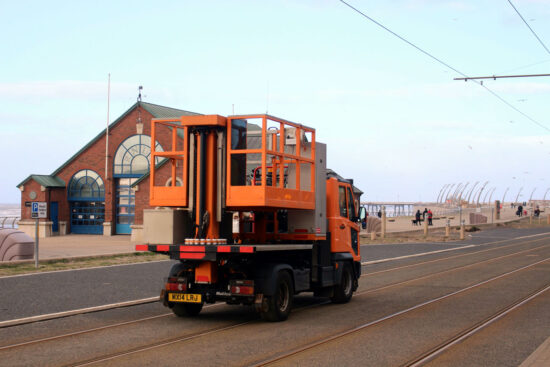 These two photos show MX14 LRJ running between Central Pier and Tower. It is running on its rubber wheels although the rail wheels can also be seen in the images adjacent to the tyres. Fitted with a platform for work at height the vehicle is in a simple orange livery. (Both Photographs by Tony Armitage, 29th January 2022)

1 Response to In Pictures: Road-Rail Works Vehicle out on the Blackpool Tramway