In Pictures: Wilko’s wiring work coming to a conclusion

Posted on Sunday 12 December 2021 by Gareth Prior

Nearly there! The work to finish the overhead wiring on the Blackpool Tramway extension from Talbot Square, along Talbot Road to a new terminus close to Blackpool North Railway is starting to reach an end with the last few days having seen further progress within the old Wilko’s site.

This progress has included the installation of the previously missing frog at the terminus whilst an extra feeder wire is being added on the curve. This follows on from the work completed over the previous few weeks which has seen overhead poles put into place following by the bulk of the overhead wiring.

Although the wiring side of the project is almost complete along the length of the extension, there does remain other work to be completed before we can even contemplate riding on a tram up Talbot Road. This includes the completion of the new terminus and the installation of signalling. But we really are starting to get there and unless there are any unforeseen issues hopefully by this time next year there will be regular trams to Blackpool North Railway Station! 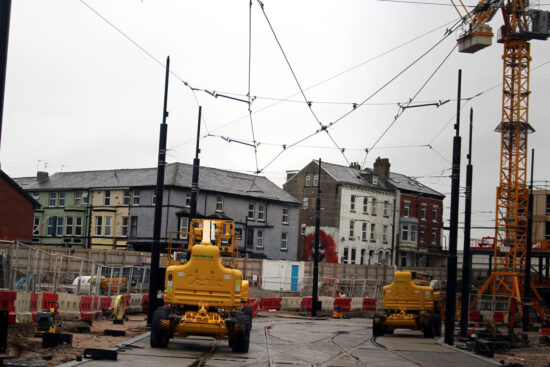 In this first shot – the “classic” shot we have seen many times during the construction period – we look towards the scissors crossover with wiring and frog in place. 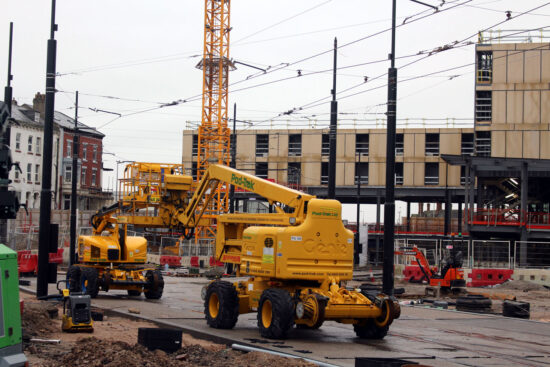 Another photo across the site towards the new hotel and restaurant. 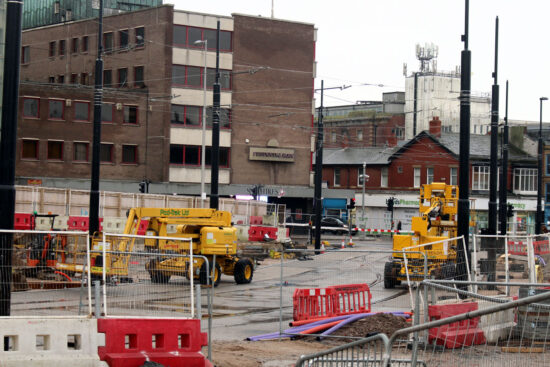 The reverse view out of the worksite. 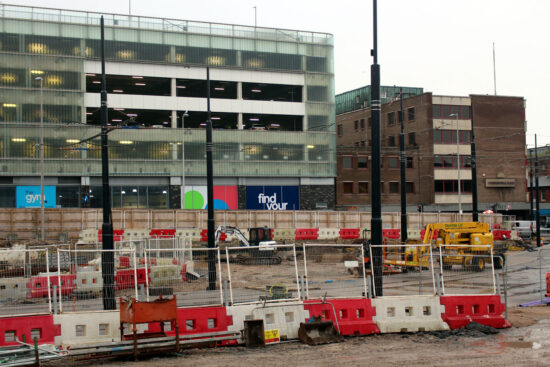 A final shot at Wilko’s with a new feeder cable being installed on the curve. (All Photographs by Tony Armitage, 11th December 2021)