Posted on Saturday 11 December 2021 by Gareth Prior

11th December marks five years since the only additional stop to be added to the Edinburgh Trams network (so far!) first opened to passengers. Edinburgh Gateway was designed to provide a smooth transition between the tram network and rail network with trains on the Fife Circle line and services out to Perth, Dundee and Inverness all calling at the railway station and allowing passengers to change to head to the Airport on the tram.

Despite that it remains in situ and also provides good pedestrian access towards the Gyle Centre with Gogar Tram Depot also being located close to the stop. 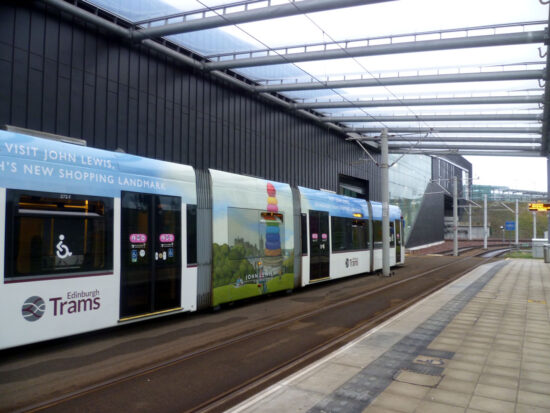