Out and About: Edinburgh City Centre

Another returning photo series which will appear on and off during our December celebrations is “Out and About” which heads to Edinburgh in this edition. With many trams across the UK carrying advertising in some form or another one of the tricks is to try and see whether you can get the tram alongside whatever it is advertising. 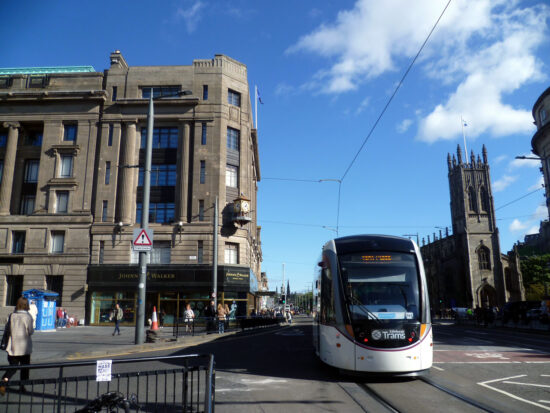 Johnnie Walker passing Johnnie Walker! Tram 267, which carries the wrap for the Johnnie Walker Princes Street attraction, is seen passing the actual building itself, heading for York Place. The attraction opened on 6th September 2021. The building was the former Binns (later Frasers) department store built in the 1930s. It closed in 2018. On the right. on the corner of Lothian Road, is St John’s Episcopal Church, dating from 1816-18. From 1925-1955, trams used to be able to branch off to the left here (towards the blue, former police box and into Hope Street) to reach the George Street line, built to relieve Princes Street. 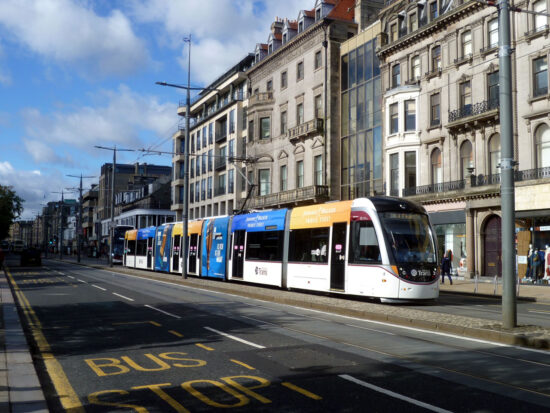 Another shot of 267, showing the graphics of the advert as it heads east on Princes Street to York Place. The tram is passing the now closed Debenhams store due to be reconfigured as a Marriott Tribute Hotel plus some retail element. (Both Photographs by Roy Calderwood, 29th September 2021)