In this edition of our “Then and Now” series “15 Years Apart” we return to Blackpool for a look at one of the trams which is now part of the Heritage Fleet.

That tram is Blackpool Brush Car 631 which was one of the Brush Cars which received a major overhaul around the turn of the century with various modern features added, an overhaul which probably helped to secure its future both in the “Then” and “Now” images of this article. Our 2006 photo was taken on 8th September 2006 as we see 631 just leaving the depot on Hopton Road as it enters service on specials. The tram is in the relatively simple but still effective all over advert for The Laughing Donkey Family Bar on South Pier which was in place between 2003 and 2007. 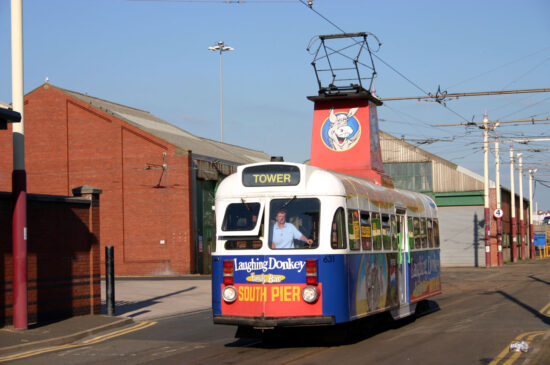 Heading forward 15 years and several different liveries since and we see 631 having just departed Cleveleys when working on Heritage Tours. This particular journey is heading for Pleasure Beach on 26th September 2021. The tram received this paintjob into a hybrid livery earlier in 2021 when it was also named Reginald Dixon M.B.E. 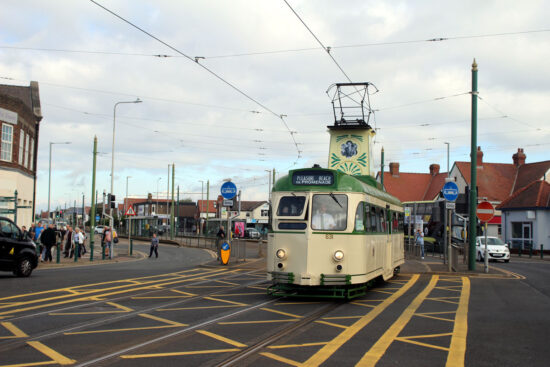