In Pictures: More wiring work at the old Wilko’s site

Another day and another update from Blackpool where we take a look at recent progress on the construction work being undertaken for the extension of the tramway to Blackpool North Railway Station. In this update we again head up to the old Wilko’s site where there have been more span wires installed on the newly erected overhead poles whilst the line ears are now also being installed. Meanwhile, there is also progress with further concreting being done at the terminus. 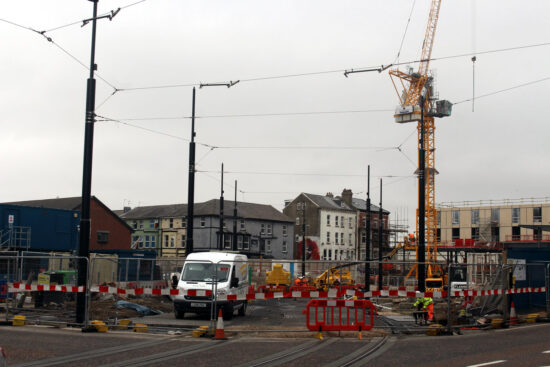 In this view we look at the entrance into the site (with the tracks from Talbot Road seen in the foreground) with the newly installed span wires attached the black overhead poles clearly visible. All span wires are now up on these poles. 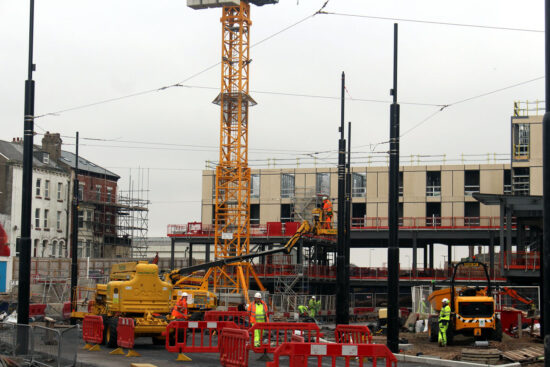 A close-up shot of the span wires with work ongoing to string more span wires. 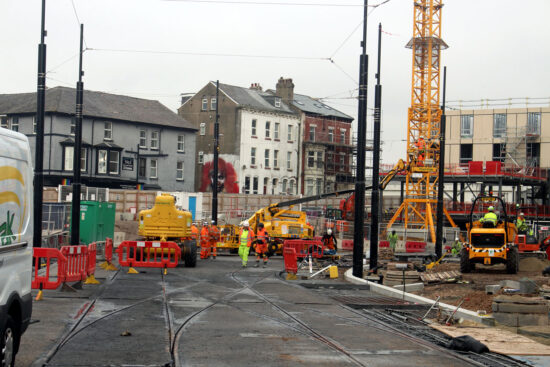 Another photo on the site with span wires attached to the overhead poles which themselves were only put up earlier in the week. (Photographs x3 by Tony Armitage, 11th November 2021) 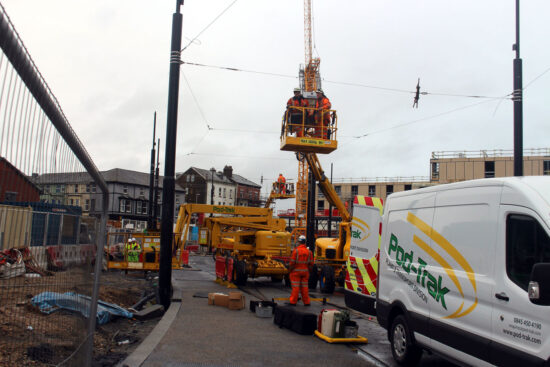 Work on installing the ears on the span wires at Wilko’s. 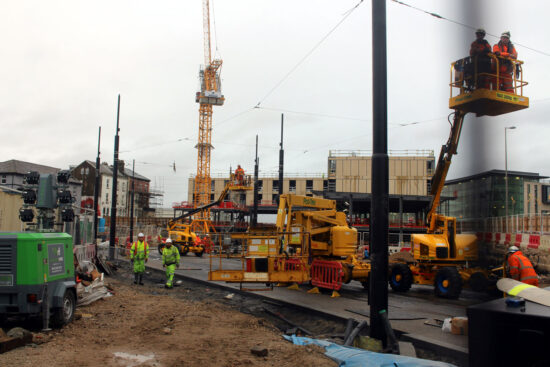 Both cherry pickers are being used as the work gathers pace. (Photographs x2 by Tony Armitage, 12th November 2021)

6 Responses to In Pictures: More wiring work at the old Wilko’s site