Posted on Thursday 28 October 2021 by Gareth Prior

For the first time since 25th July a tram has run along Corporation Street in Birmingham City Centre with the major work to relay the track and install the Eastside extension junction coming to an end and testing now having got underway. Urbos3 34 was the tram chosen to perform the test with it undertaking three trips from Bull Street to Grand Central and then onto Library between 0940 and 1430.

With the barriers at Bull Street removed, 34 set off from the stop at around 0940 for the first run with it running very slowly along the track to make sure that everything was as it should be. With new points installed where the junction to the future Birmingham Eastside extension has been installed its first trip took this gently and then carried on along Corporation Street past the stop and onto Grand Central. After a brief pause at Grand Central it was then onto Library from where it reversed and returned to Grand Central.

Running back to Bull Street, 34 then headed up to St Chad’s where it used the crossover to allow it to take another run at the relaid track, this time running slightly faster than the original run. After this second run it did a third and final run with this last run being at normal operating speed.

With these initial tests now over it is expected that driver refreshes will take place in earnest over the next few days before passenger services resume between Bull Street and Library. There is no date for this reopening yet but as soon as there is we will let you know! 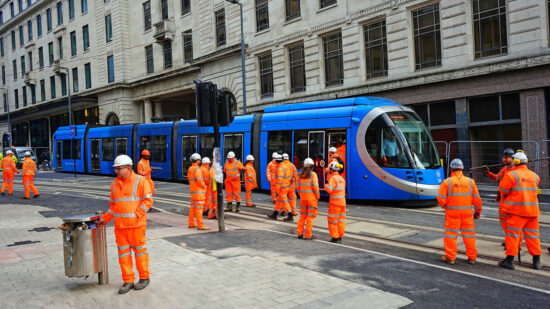 Gently does it! 34 has just departed from Bull Street and set off with the first test run. Note that it is testing under battery power here. 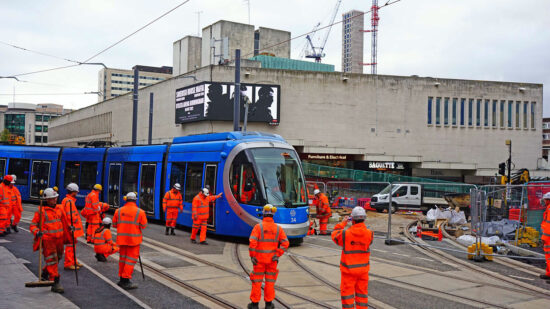 Round she goes. 34 curves round to Corporation Street passing the Eastside extension. 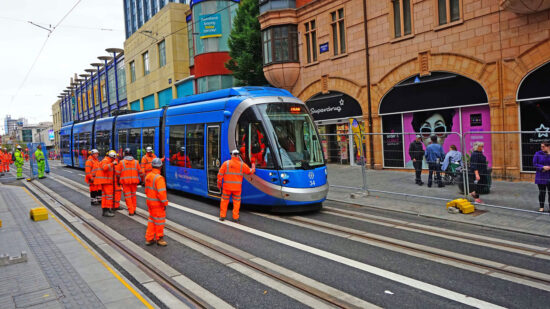 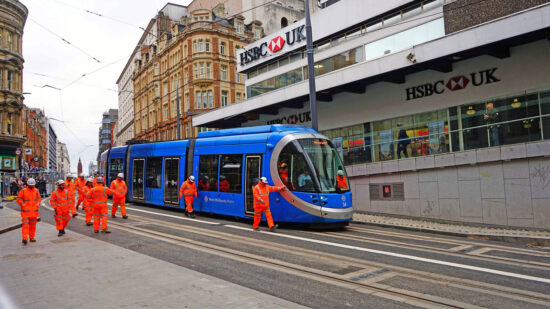 The tram drops down towards Grand Central. 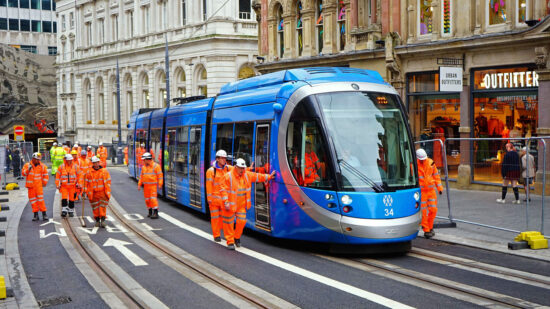 On the way back having just left Grand Central. 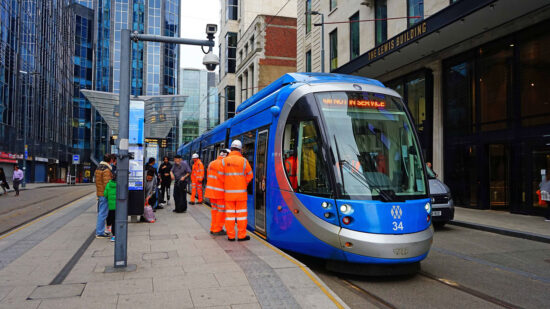 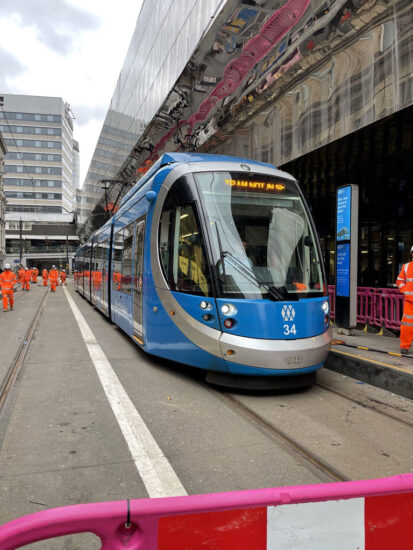 Another look at 34 – this time it stands at Grand Central with the pantograph up with it having run from Bull Street using its batteries. (Photograph by Keith Hookham, 28th October 2021)

1 Response to In Pictures: Testing starts in Birmingham City Centre